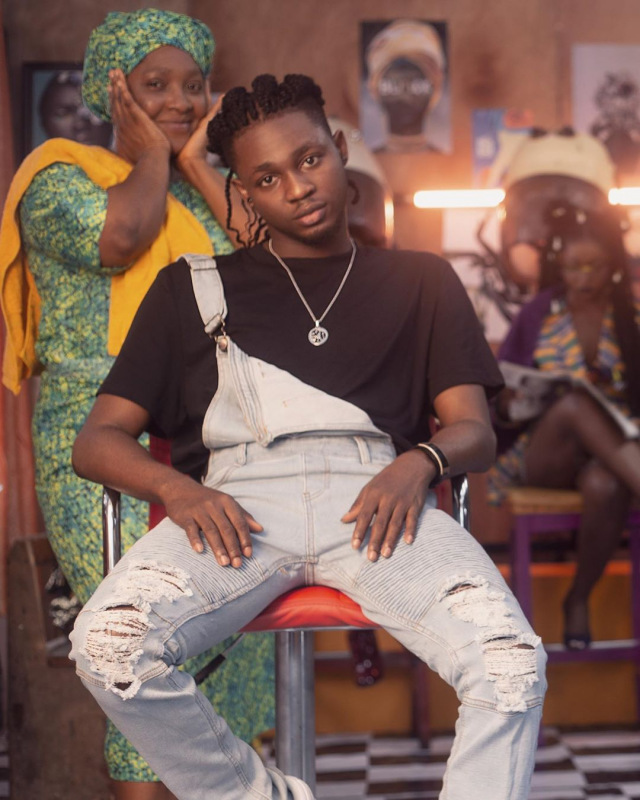 Born Stanley Omah Didia, the famous Nigerian Singer, Song-writer and Producer Omah Lay's Video 'You' has surpassed 1 million streams and views on Youtube.
Taking to His Instagram page, Omah Lay couldn't hide his feelings as He exprfessed gratitude to his fans on the support they have given him on his debut Video.

You bu Omah Lay, which was his first official single dropped on the 14th of February 2020. This was a remarkable entry and an usher towards his EP, Get Layd which was released on on May 22, 2020.
Get layd EP was Omah Lay's debut Ep in it containing 5 tracks which include
Track 1 - Damn
Track 2 - Lo Lo
Track 3 - You
Track 4 - Bad Influence and Track 5 - Ye Ye Ye.

Get Layd, produced by Omah Lay & El Jack, has so far been the most streamed album on Audiomack, with more than 24M views. Get Layd is a mixture of Afrobeats, Afro-fusion, and chill music.
In an earlier interview with Okay Africa, Omah Lay described his musical background that He started out as a musician when He was around 15. He became a music producer for a long time, then He started singing again.

He heard a lot of stories about His granddad who was a percussionist for legendary highlife singer Celestine Ukwu at a time while Omah Lay grew.
Watch the Video Here
https://www.youtube.com/watch?v=hxe6Ly4xfkE