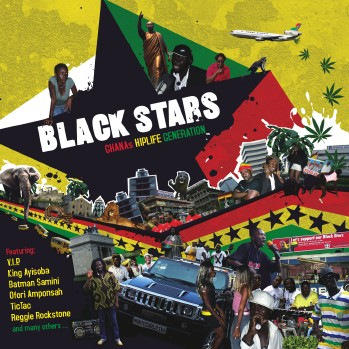 Hiplife is a popular Ghanaian genre of music made of a perfect combination of hip-hop beat making and rap with highlife music, proverbial speech, and Akan storytelling. The music genre was launched by the legendry Ghanaian rapper Reginald Osei, known in music circles as Reggie Rockstone in 1994.

Currently, Hiplife has become the bedrock of Ghanaian music being adopted by to artistes in the country such as stonebwoy, Shatta Wale, Samini, and Medikal amongst many others. Speaking in an interview with Doctar Cann on Happy FM’s ‘Showbiz Xtra’ show aired every Saturday, Reggie Rockstone once said that all the top Ghanaian dancehall musicians like Shatta Wale, Samini and Stonebwoy have roots in the rap music scene.

Apart from them, you’ve got medical, Kwesi Arthur, Kofi Mole, EL. Come on man, your country is full of rappers! Even Kuami Eugene raps sometimes in his music” he stated.

Reggie Rockstone, popularly known as “God father of Hiplife” was born in the United Kingdom but later moved to Accra Ghana where he has been continuously living since he pioneered the Hiplife in the early 1990s.