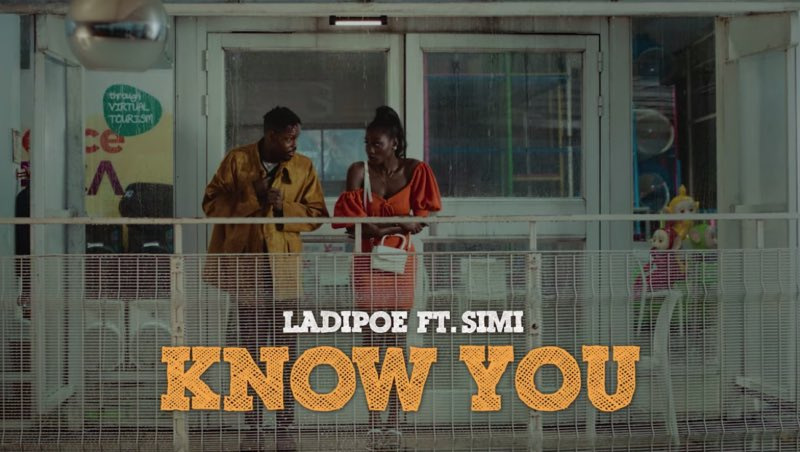 Marvin Records wordsmith LadiPoe is celebrating a new milestone after visuals to his recently released video to hit single 'Know You' surpassed one million views on the American online-video sharing platform, YouTube.

'Know You' which features songstress Simi has been trending on several charts and it seems the visuals released about a week ago will equally be a success.

Although Simi does not appear anywhere in the official video, many music lovers have rated it as among the best.

The video has a nice storyline with steamy scenes complementing the love-themed song.

'Know You' is a song that talks about two people who have feelings for each other but they are hesitant to express them because they don't know much about the other. 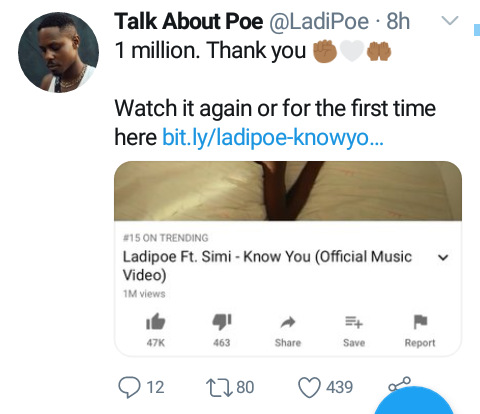 In the video, LadiPoe meets this beautiful girl and they instantly get attracted to each other but it takes a while before they can conclude that they are into each other.

In a tweet to celebrate the video reaching a million views, LadiPoe said: "1 million. Thank you Watch it again or for the first time here."

Born Ladipo Eso, Ladipoe or Poe signed a record deal with Mavin Records in February 2017 becoming the first rapper to be signed to the record label since re-branding in 2012 from Mo'Hits.

Ladipoe was born and raised in Lagos. He attended the University of North Carolina at Pembroke majoring in both Biology & Chemistry. It is at the University where he got into music and co-founded the group Lyrically Equipped with his friends Jeffrey and Kurt

He rose to prominence with the song "Feel Alright" where he got featured by SDC "Show Dem Camp".