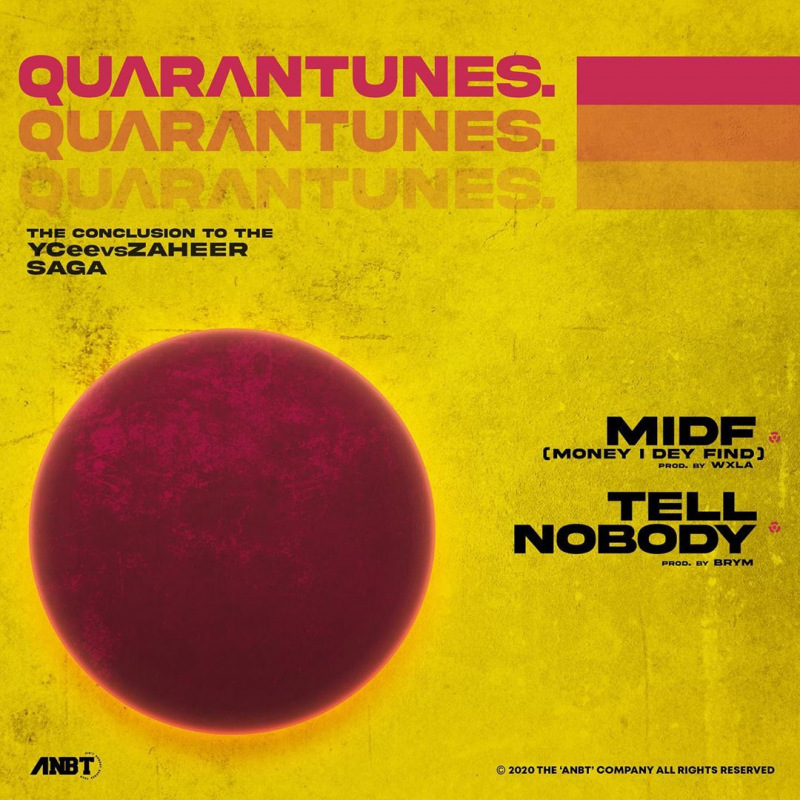 Nigerian rapper, singer and songwriter, born Oludemilade Martin Alejo, better known as Ycee premiered shared the visuals to Midf (Money I Dey Find) off his recently released EP "QUARANTUNES" on Jul 14, 2020.
QUARANTUNES is the conclusion to the Ycee Vs Zaheer saga picked up from 2019. This is the first in line after His debut 2019 “Ycee Vs Zaheer” project which was a clash of his alter egos. According to Ycee, this new project is the wind-up to that “saga.” 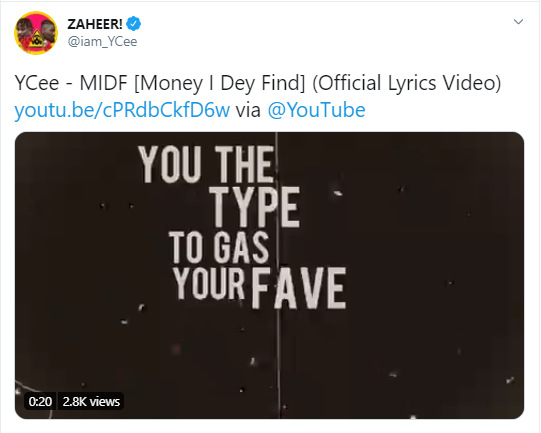 The EP has been produced by WXLA and Byrm. The EP has two songs in it, MIDF full as Money I Dey Find, specifically seeing Ycee being visioned, dropping staccato raplines as he talks about making money. Tell Nobody has on it a slower tempo compared to MIDF. It is a slow grooved tune as Ycee courts his love interest to stay with him.
https://www.youtube.com/watch?v=cPRdbCkfD6w
Ycee had shared on twitter of the release urging his fans to download and share.
https://twitter.com/iam_YCee/status/1283012646661435398
Ycee has been in the music industry since early 2012. Starting off as an Underground rapper, Ycee got signed to Tinny Entertainment at age 17 and at this point, he went silent to complete his University Education.
in December 2012, Ycee unleashed his debut official single "Smile On Me" which was produced by Jay Sleek followed up by its video in January 2013.
He released more singles in 2013 namely "Pass Me" and "Amen" featuring Mbryo.
Ycee is currently running a paid partnership with budweisernigeria.