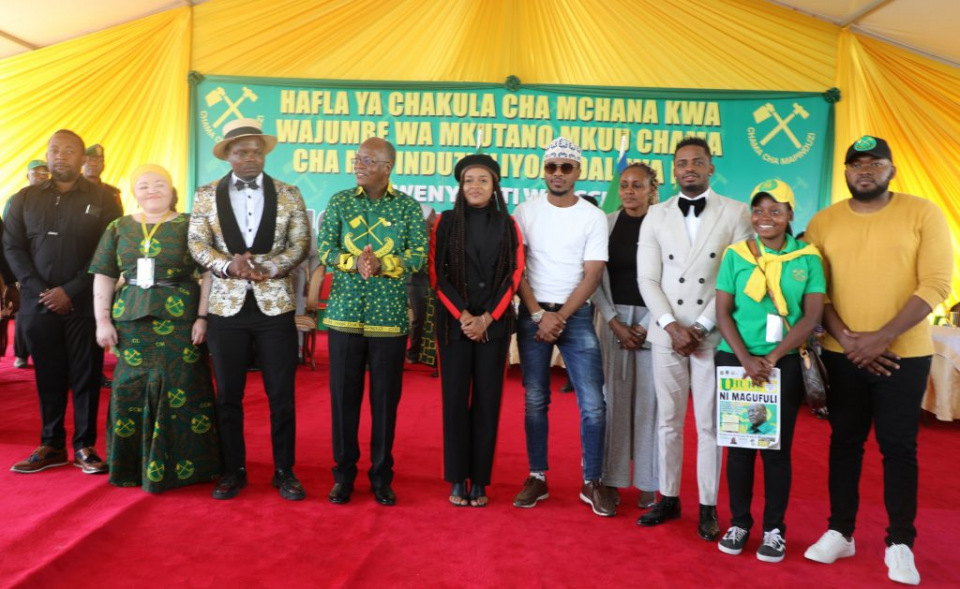 Among the four, there is a perceived music rivalry between Alikiba and Diamond, and Harmonize and Diamond.

The artistes have reportedly not been seeing eye to eye, with this being one of the rare events all of them have attended.

During the event, politicians drawn from across the country asked the musicians to bury the hatchet and work together towards making Tanzanian music globally acceptable.

Alikiba, Diamond and Harmonize were made to sit on one table with constant call out by the speakers for a truce in their music journey.

On his part, President Magufuli appreciated the musicians for their support, and noted that he was happy to see the three sharing a table.

Speaking during the event, Harmonize thanked Diamond for nurturing him, and making him a great musician.