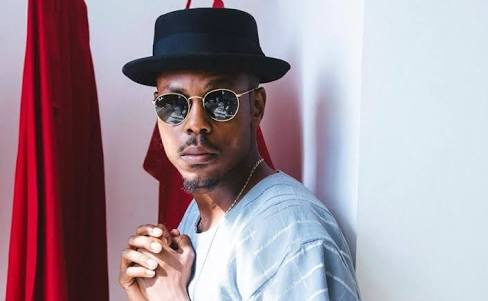 Marvin Records singed Nigerian musician LadiPoe has teamed up with Teniola Apata, professionally known as Teni for the remake of 'Lemme Know'.

Ladipoe had released the 'Lemme Know' single in 2019 produced by Ozedikus.

In the 'Lemme Know' remix that was officially dropped on July 10, LadiPoe enslists the energy of Teni, a known and proven entertainer to give the song some freshness.

Commending on the new song, LadiPoe termed it as "a product of good energy".

"Teni on the Lemme Know Remix is a product of good energy," he tweeted.

"You know we had to do this right? @LadiPoe x @TeniEntertainer #LemmeKnow Remix! Tmw," LadiPoe had tweeted on Thursday night.

'Lemme Know' remix has been dropped on the backdrop of the release of the hit single 'Know You' in which LadiPoe features songstress Simi.

Since it was released in April, 'Know You' has enjoyed massive airplay and the video has so far being received positively with several music experts terming it as among the best that has been released in recent months.

LadiPoe was the first rapper to be signed to Mavin Records since re-branding in 2012 from Mo'Hits.

He recorded his first single under the label Man Already produced by Altims.

In a past interview, LadiPoe said he is inspired, musically, by the Slum Village, Lupe and Little Brother.