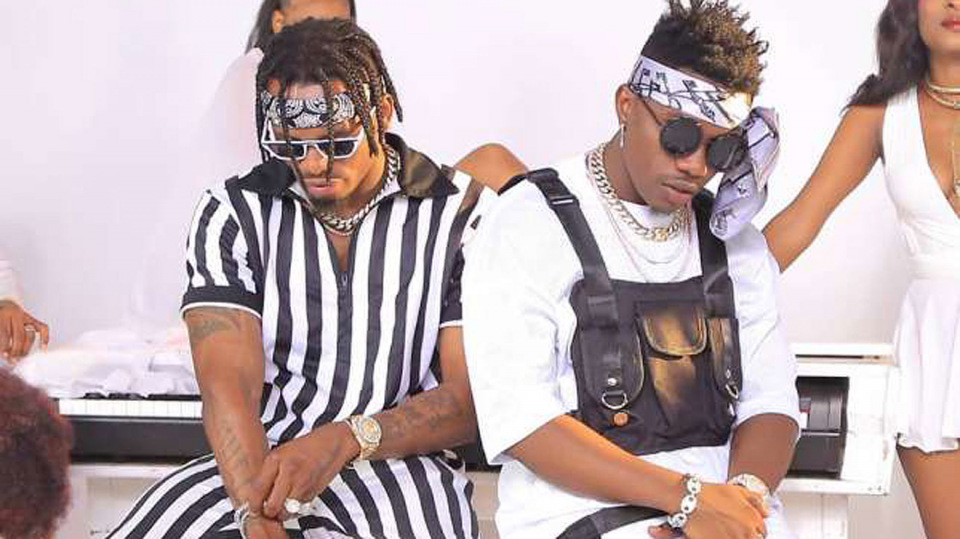 The video directed by Kenny entails both outdoor and indoor scenes with dancers donned in different costumes.

The costumes range from traditional Maasai attires to modern ones like suits bringing a captivating view of the dance scenes.

The video does not disappoint as the dance moves incorporated are just what we expected.

Before dropping the video, both Diamond and Rayvanny have been running promos on their Instagram accounts.

Last week, Rayvanny had dropped the ‘Amaboko dance video’ which has garnered over one million views on YouTube in less than a week.

They later launched the ‘Amaboko’ challenge where fans posted their videos dancing to the hit single.

The promos seem to be paying off considering that the video has amassed over 80, 000 views in less than 30 minutes.

‘Amaboko’ is Rayvanny’s ‘comeback’ jam after he went on a short hiatus. His silence caused speculation with a section of tweeps claiming that he was set to leave Wasafi.