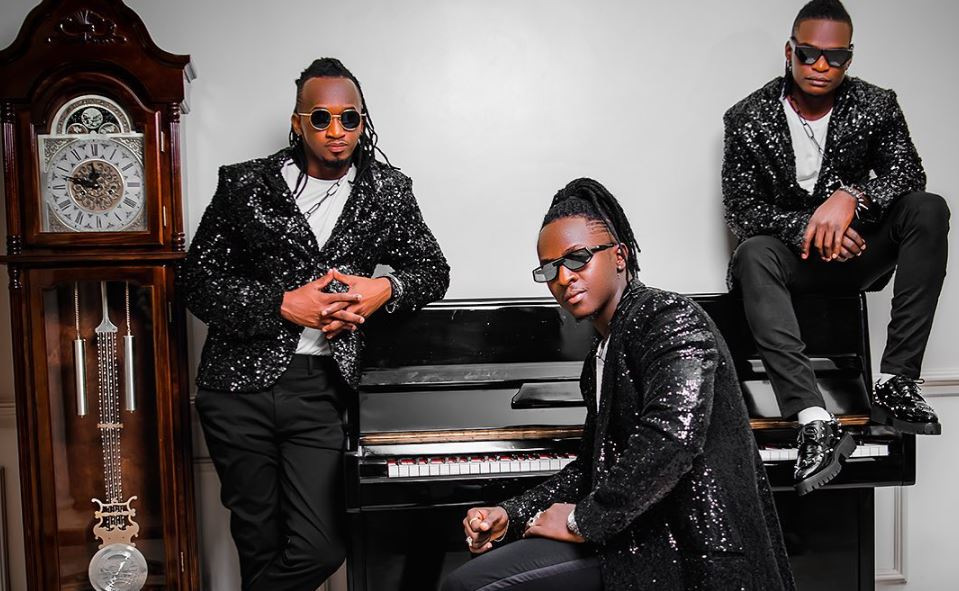 Music trio B2C made up of; Mr. Lee, Bobby Lash and Julio Delivad have addressed reports circulating on social media that they are not in good terms with Eddy Kenzo.

While Eddy Kenzo was dating Rema, the trio was friends with the couple, also recording songs with both of them.

Working with Eddy Kenzo, they dropped 'Kapande' which dominated airwaves and later worked with Rema on 'Gutujja', which became a massive hit in Uganda.

When Kenzo broke up with Rema, B2C remained close friends with the latter causing speculation among fans that this had caused friction in their relationship with Kenzo.

In a recent interview, B2C noted that there is no bad blood and in fact, there are music projects coming up with both parties.

"We associate with both of them as artistes. We talk to Kenzo so much. Even when they were still together, we never sat them down together to interact with them. Even Kenzo knows they are family. Even after everything that happened, we are still close.

"We have a new song with Eddy off our music Album titled Born 2 Conquer II. So our fans who think that we have issues with Eddy Kenzo, they are wrong,” B2C said.

B2C recently dropped their latest single 'Munda Awo’ and have revealed that it is off their upcoming studio album titled 'Born 2 Conquer II'.

"The single is off the album and it has many songs and collaborations from other big artistes in East Africa. Most cases when we are to release our music, all our collabos are always surprises." the trio said.