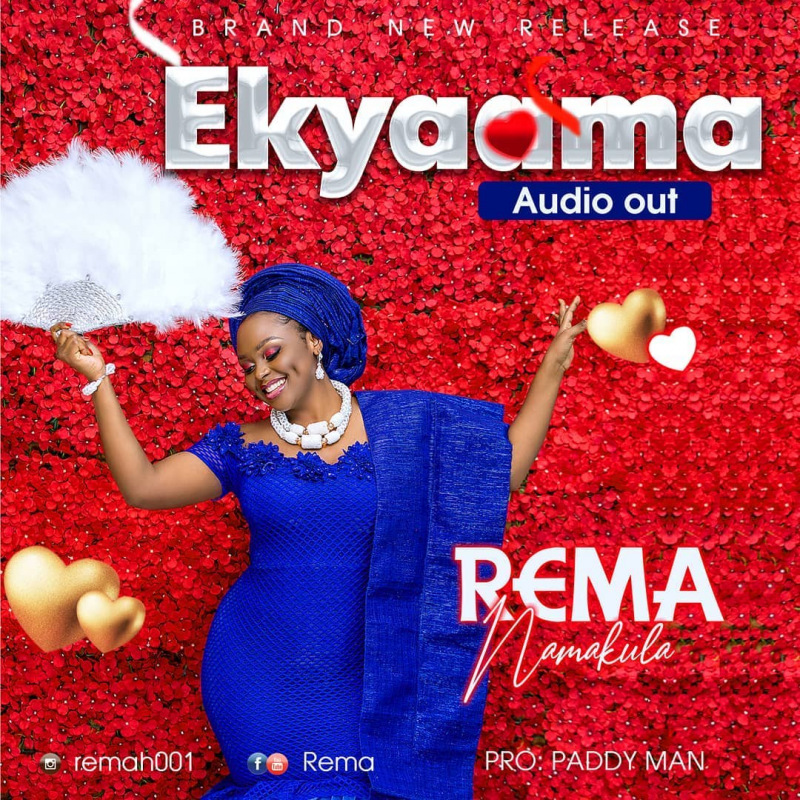 Top Ugandan vocalist Rema Namakula is back with a new song dubbed 'Eby'ekyaama' after being off the music scene for a few months.

The singer has been off the music scene with her last single being 'Clear' that was released close to five months back.

Rema made headlines late last year when she officially introduced her husband, Dr. Hamza Ssebunya in a traditional wedding ceremony. She decided to take a break from music and enjoy her new found love.

In the beginning, their relationship was hidden and very few people knew that she had already moved on from her longtime lover Eddy Kenzo. Most people were surprised when photos of her and Hamza surfaced on the internet.

The biggest surprise was the wedding that came few months after the big reveal.

'Eby'ekyaama' which loosely translates to secrets is all about Rema singing about the beauty of love, and letting us in on her relationship and marriage.

She reveals how she is deeply in love with her man and how hard it is to explain it. This is a perfect reply to everyone who was asking why she left Eddy Kenzo.

Quite different from her usual soft slow ballads, Rema comes with a danceable vibe that is set to be a massive tune in Uganda.