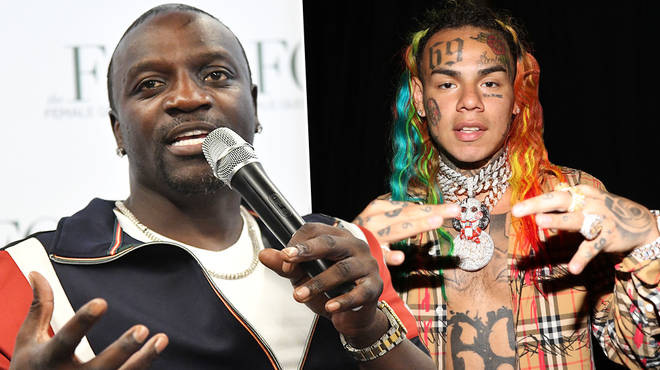 Daniel Hernandez (born May 8, 1996), known professionally as Tekashi 6ix9ine or just 6ix9ine (pronounced "six nine") has released a teaser on line with International Songer Akon on the forthcoming joint ‘Locked Up‘ part 2.
The project features a new verse from Tekashi 6ix9ine while retaining Akon’s original part being retained.
6ix9ine made announcement on his Instagram @6ix9ine with a snippet of verse and a caption that read;
“100,000 comments if you want this. LOCKED UP PART 2 IM ON ALBUM MODE THIS ALBUM GOING CRAZYYYYYYY @akon.” Something tells us he’ll get those comments.” 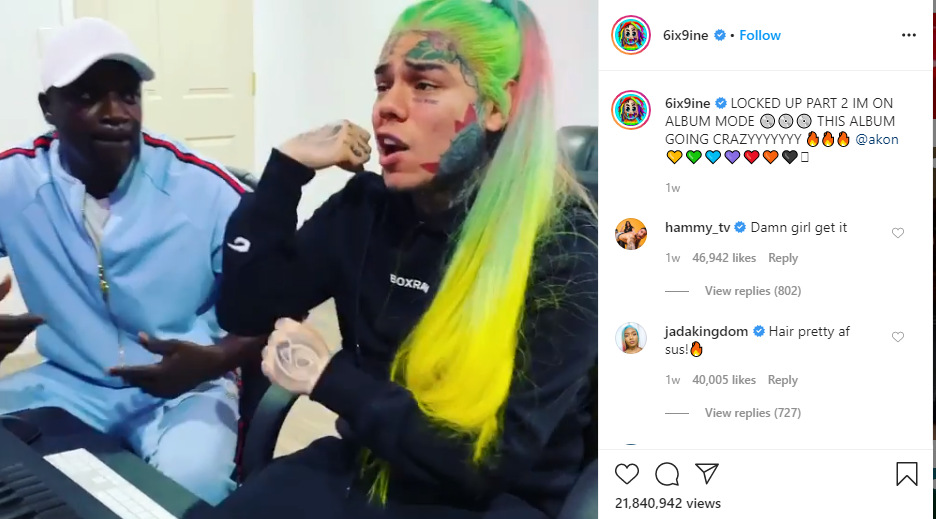 Having recorded success on the charts, Locked up acted as the lead single from his album, Trouble. The single was released in 2004, peaking at number eight on the Billboard Hot 100. Outside of the United States, "Locked Up" peaked within the top ten of the charts in the Republic of Ireland and the United Kingdom and the top twenty of the charts in France, Germany, Spain and Switzerland.

The Initial Locked up Video was released on Jun 16, 2009 and has currently amassed close to 137 Million views on Youtube. The track is part of a 13 track Album trouble which won Akon International accolades.
6ix9ine became widely known in late 2017 after the release of his debut single, "Gummo", which was a sleeper hit.