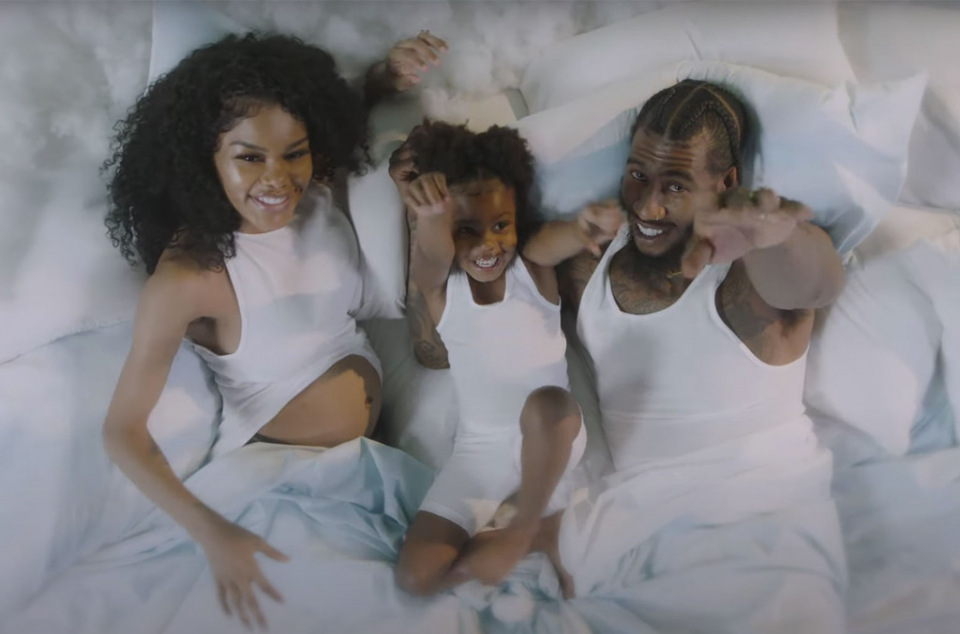 We all love Teyana Taylor, whether she is dancing or acting or singing or rapping or directing her own videos; she is amazing. Over the weekend she gave us a new single featuring her husband, Iman Shumpert dubbed ‘Wake up Love’.

‘Wake up Love’ is a single that talks about a plateau in a relationship but at the same time knowing that being together matters more than anything. Iman and Teyana write beautiful words to each other leaving no room for doubt that black love is beautiful.

The single is built on a minimalistic bass engulfed beat with an echoing set of harmonies. Teyana hovers over this beat beautifully hitting some beautiful head voice notes that quickly switch to the chest voice for the rest of the song. We miss her signature raspy voice in the song but everything is beautifully layered together. Iman steps on the last verse to spit some bars and his delivery is smooth and effortless.

A few weeks back, their daughter Junie might have leaked on Teyana’s live that she is pregnant but neither Teyana nor Iman commented on it. The family uses the video to announce to the world that they are expanding their family. Baby Junie makes a cameo towards the end of this angelic video.

Catch a vibe with Teyana Taylor and Iman Shumpert on ‘Wake up Love’.