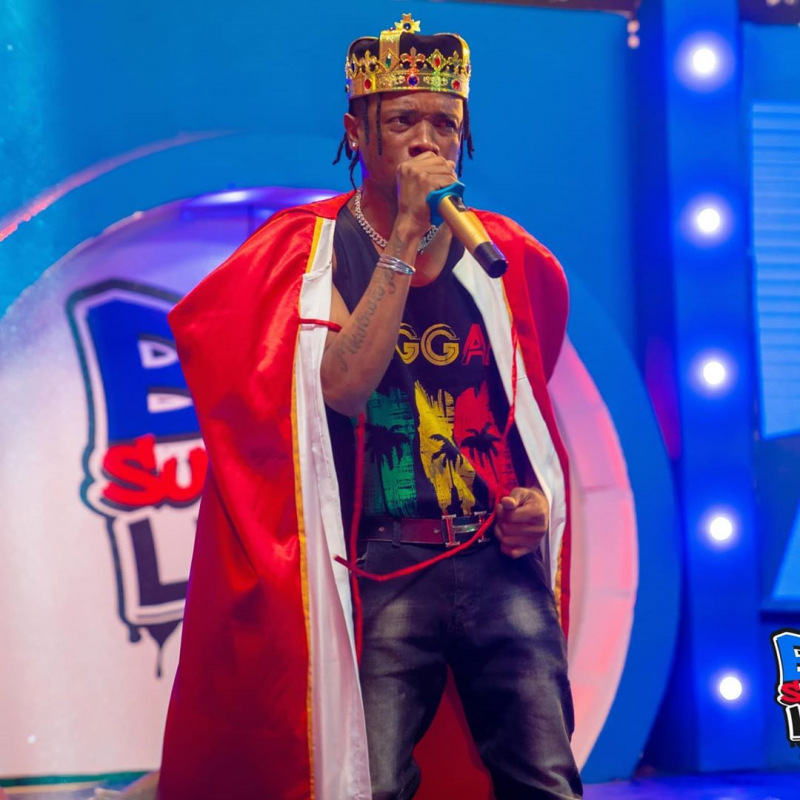 Tanzania’s top Singeli artiste Dulla Makabilla has officially crowned himself as the ‘King of Singeli’.

This happened during his performance at the Big Sunday Live show that premiered on Wasafi Tv.

During the show, we saw Makabilla walk on stage fully dressed in a crown and a robe; a symbol for his genres musical prowess.

This was before the crowd went in frenzy as they danced to the singer’s song.

Dulla Makabilla has been on the fore front in pushing for the publicity of Singeli music. Furthermore he has been able to work with other bongo artists in collaborations around this genre that is slowly picking up in Tanzania.

To crown it all, he took to Instagram and declared that he is the king. "Yap Yap Mfalme Wa Singeri Ndo Mimi Haujaongopewa #kingofsingeli."

Since his ‘Miss Buuza’ collaboration  with Wasafi’s Rayvanny, Makabila has been pretty close with the WCB fraternity. This has raised speculations on whether he will be signing under the label.

As we keep speculating, it is obvious that Makabilla is the master of his own game. A little peak at his performance at the Sunday Live show would answer all your speculations of him being the King of Singeli music.