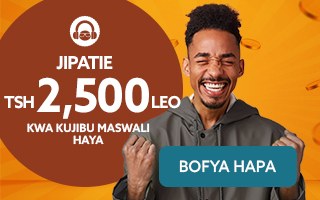 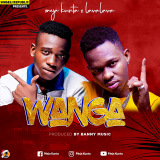 Meja Kunta is a Tanzanian singer and songwriter associated with the Singeli music genre. Meja Kunta was born in 1999 to a family of five children in Dar es Salaam. His exact date of birth is not publicly available. He was raised in a family that adheres to strict Muslim principles.

Growing up, Meja Kunta was a talented footballer and was very well-known in his neighbourhood for his footballing skills. He was enrolled in a Muslim school where he was taught music, and this developed his love and passion for the art. He went on to become a voice coach, and after graduating from high school he decided to take this passion for music to another level by venturing into it full time.

His friends were instrumental to his path as they encouraged and pushed him to go into music professionally because they were always impressed with his performances in school where it can be said he began his career.

Meja Kunta chose the Singeli genre because it was the popular type of music in his neighbourhood and with his immediate audience in mind, he decided to take up this genre and make it a very well known sound. According to him, after taking the Singeli music mainstream, he intends to release songs he recorded while still working as an underground artist.

On the 2nd of Febraury 2022, Meja Kunta released his debut project, a four track extended playlist he titled Meja Power. The EP has a listening time of seventeen minutes.
Meja Kunta has worked with a number of popular Tanzanian
artists. Amongst them is Lava Lava, Rj The DJ, Nedy Music, Ommy Dimpoz and D Voice.

Who is Meja Kunta’s Girlfriend?

The Singeli singer has decided to keep his love life away from the media. He chooses to be private with that but the only available information about his relationship was that he is/was dating someone from the Swahili culture.

Information about how much Meja Kunta is worth is currently not available online, but being one of the most popular Singeli singers in Tanzania means he must be earning a good amount of money. He makes most of his revenue from performing at big music festivals in Tanzania, he also makes from music streaming platforms and YouTube where he over a hundred thousand subscribers.

All Meje Kunta songs are online on Mdundo.com and available for download in mp3.