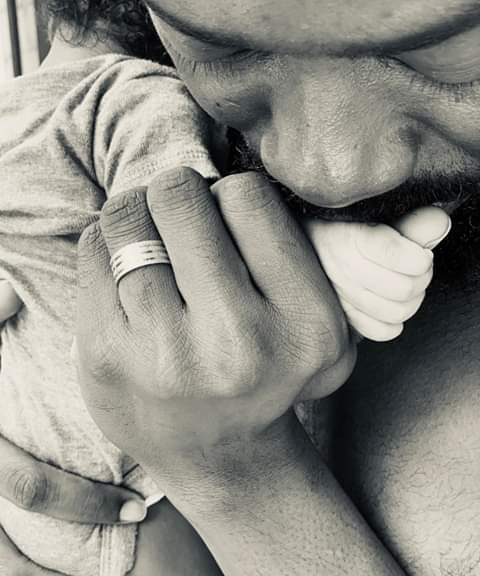 Nigerian singers Simi and Adekunle Gold who are also a legally married couple have welcomed their first born.

The two in posts on their social media pages on Sunday night revealed that the child, a baby girl was born on May 30th.

The couple also revealed that the child has been named Adejare Kosoko or simply Deja. 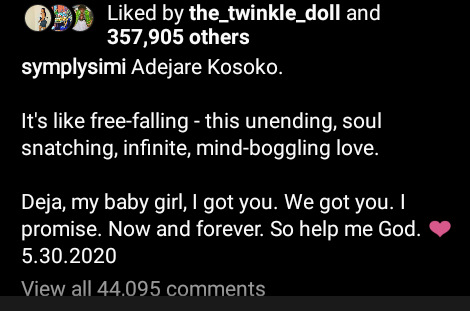 "Adejare. It's like free-falling - this unending, soul snatching, infinite, mind-boggling love. Deja, my baby girl, I got you. We got you. I promise. Now and forever. So help me God. 5.30.2020," Simi posted on her official Instagram account.

"Adejare Kosoko Deja, we got you. I promise now and forever. So help me God. AG Baby has a baby. 5.30.2020," Adekunle Gold noted in his Instagram post.

Simi and Adekunle Gold however did not reveal the face of the baby girl, only posting a photo of the father kissing her hand.

The two artists married in a private wedding ceremony on January 9, 2019. It was later revealed that they had been dating for five years.

In a past interview on Ndani TV's The Juice, Simi revealed that she met Adekunle Gold for the first time in 2013 at Bogobiri House, Ikoyi, where she had gone to perform.

“He was chasing me all over Facebook. When I was doing gospel music, he used to listen to my songs,” she said. 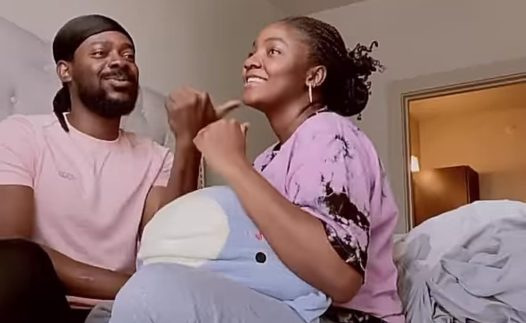 Simi's recent hit song 'Duduke' was a dedication to the first born in which she revealed her pregnancy in the video.