5 New Naija Songs You Should Add To Your Playlist 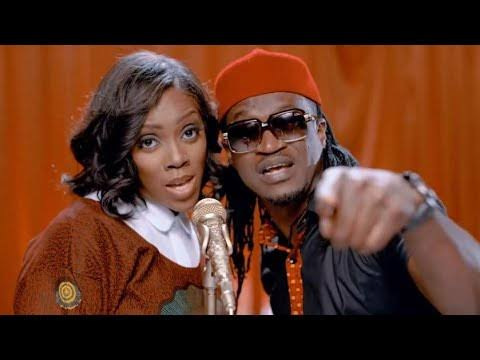 It is no doubt that Nigeria has one of the biggest music industries in the continent.

With many musicians among the over 200 million population, it is no surprise that a day or a week at least, won't pass without a new song being released.

We take a look at some of the recently released songs from popular Nigerian artists that you need to listen to, and probably download to add to your playlist.

The songs are listed in no particular order.

If you love listening to Simi and Tiwa Savage songs, then 'Gobe Remix' is a must listen to song.

In this song, L.A.X managed to unite two of the biggest Nigerian female artists for a remix of the song that he originally did with another popular Nigerian artist 2Baba.

It is not so often that you will get a song that has both Simi and Tiwa Savage, in fact, this was the first time the two have worked on a same project.

This song from Yemi Alade is barely a week old but many already know several lines in it thanks to the famous #BoyzChallenge.

Those who love Yemi Alade songs will agree with me that she has her own style, and her songs are always on point.

'Boyz' is a first single the multiple award winning singer has released this year following the release of her fourth album 'Woman of Steel' last year that has largely been successful.

Rudeboy recently released this thoughtful hit single that has some informative lyrics.

In the song 'Woman', King Rudy passes a message that no one is perfect.

You will love the song, from its beats to lyrics that also addresses the fact that relationships are sacrifices.

One of the songs in the new project is 'Sobo' in which 9ice features Wande Coal.

In the song, the two artists advice lovers to be aware of gossipers (Soboleyoko).

If you love listening to indeginious songs, they 'Sobo' is a must have.

Originally produced by TUC, Eve Bounce Remix brings in G-Mix and Starboy to deliver a party banger that you can't afford not to have it in your playlist.