Peruzzi Apologies For Past 'Stupid And insensitive' Tweets 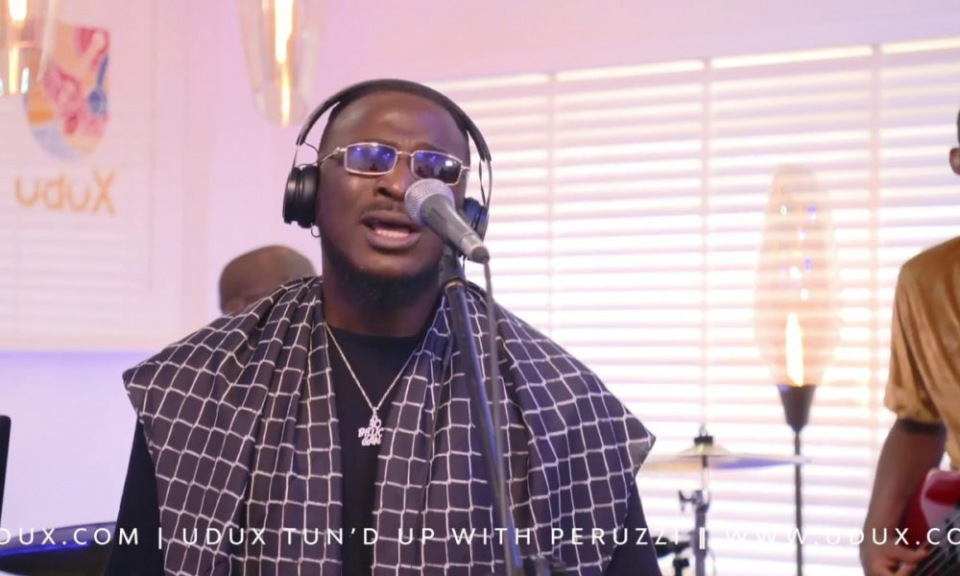 Talented Nigerian singer and songwriter Peruzzi has issued an apology following the emergence of past tweets that seemed to glorify rape and sexual violence against women.

In a series of tweets on Thursday, Peruzzi said the tweets he posted about eight years ago were "stupid and insensitive".

The singer who is also fighting rape allegations from a lady identified as Princess noted that he has never been involved in any rape or sexual violence case.

"The claim is false and has also been refuted by a witness who was present at the time of the allegation. Rape is a heinous and cowardly act, which I do not condone.

I’m ashamed and deeply apologetic for a series of tweets posted on social media 8 years ago," he noted.

"Once again, I sincerely apologise for those tweets, containing really stupid and insensitive statements; I take full responsibility, as I should have known better," read one of the tweets in the thread. 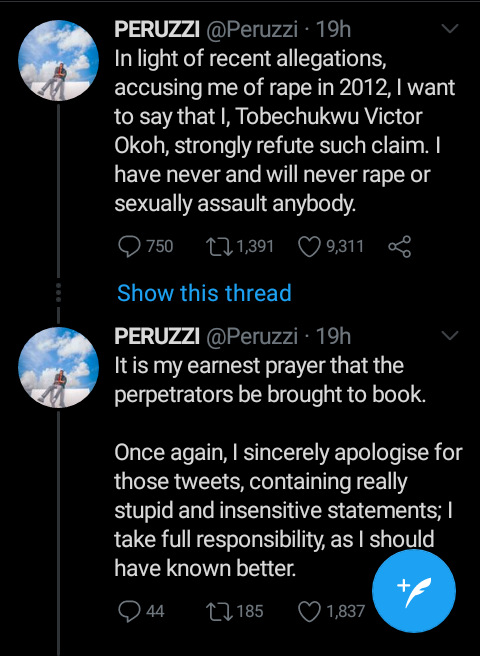 "Those tweets were irresponsible and ill-informed. I was younger and didn’t fully grasp the implications of making such statements. They are neither a reflection of who I am then, or now," he added.

Peruzzi who is working on a new project dubbed 'Gaza' expected to be released in September 4th this year further noted that he cannot forgive himself "for those dumb tweets".

He affirmed his support for the ongoing campaign to ensure justice for rape and sexual victims.

Peruzzi also noted that he sympathises and stands with all victims and survivors of rape among them Uwazila, Ada and Farishina who have courageously spoken about their abuse in recent times.