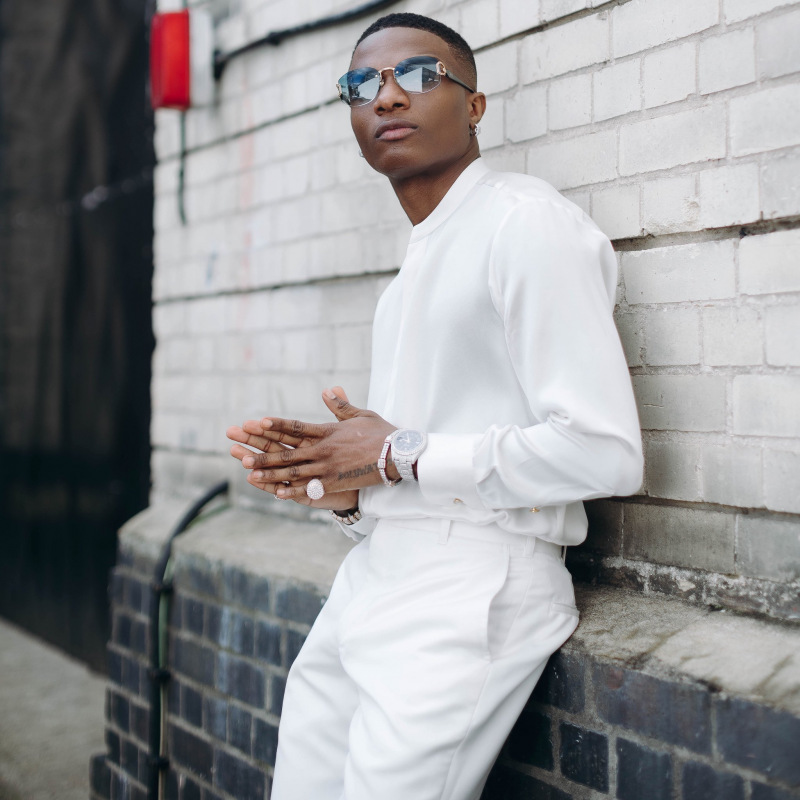 Popular Nigerian singer Wizkid has declined a request from a Twitter user who had asked him to release a song highlighting "some of the critical issues going on in this country".

The tweep who had tagged Wizkid in his tweet noted that by releasing a song speaking about those issues, it would help in making steps towards addressing them.

Wizkid is a popular figure in the Nigerian music industry and the Twitter user thought he should use the influence he has to highlight such issues through music. 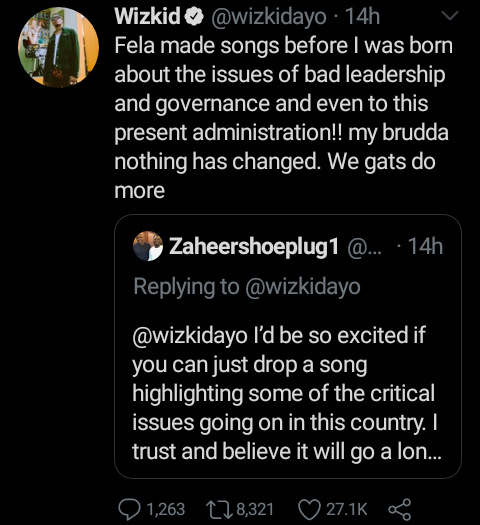 "@wizkidayo I’d be so excited if you can just drop a song highlighting some of the critical issues going on in this country. I trust and believe it will go a long way. God bless you king, massive respect for you," the user tweeted.

However, in his response, Wizkid who has won several awards seemed to suggest that it would take more than just releasing a song for such critical issues to be addressed.

He also pointed out that music legends like Fela Kuti sung about the issues even when he was not yet born but "nothing has changed".

"Fela made songs before I was born about the issues of bad leadership and governance and even to this present administration!! my brudda nothing has changed. We gats do more," Wizkid responded to the Twitter user.

"Next election ! Use your voice and your votes wisely!!," he added in another tweet.

Fela Kuti who is the father of the Femi Kuti died in 1997.

Some of the issues currently being talked about in Nigerian that perhaps the tweep wanted Wizkid to compose a song about include police brutality, gender-based violence and misuse of public resources especially following reports that the government had approved 27 billion Naira to be used for renovation of the National Parliament.

Several musicians have hit out at the Governmennt for approving a renovation budget at the time the country is battling Coronavirus pandemic.

"At a time when most Nigerians are seriously struggling with being able to afford everything from FOOD to Healthcare, our National Assembly is going to spend N27 BILLION on "renovations"!," tweeted Banky W who is a Nigerian singer, rapper, actor and politician.