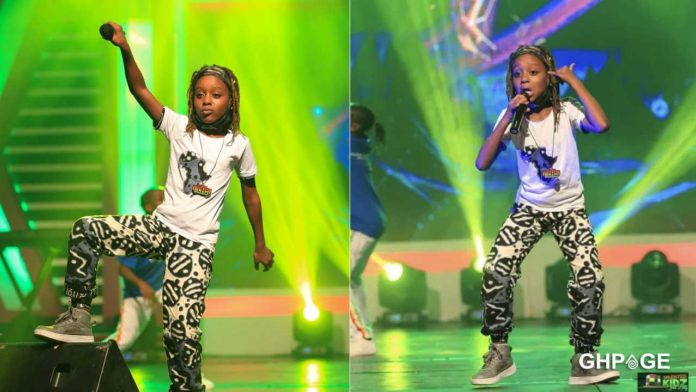 Stonegirl who emerged as the 3rd runner up in the just ended TV3 Talented Kids season 11 has released her first single after the competition. The young kid’s participating in the 2020 edition of TV3 talented kids was immensely influenced by the unwavering support the dancehall artiste “Stonebwoy”. Oreillia also known by her stage name as Stonegirl has been in different occasions praised by his father Stonebwoy for her ability to constantly shine in different performances.

The new song from Stonegirl is a Gospel song titled thanksgiving and it features another kid called victor. It is a good start for the two kids as their song as been well received with powerful comments by the listeners and it is currently among the hit songs.

The listeners have described the girl as being talented and naturally beautiful. People are excited with the work of the young girl and they are looking forward to more hits from the young talented girl.

Watch the full video of the song on YouTube
https://www.youtube.com/watch?v=_KDxrAUCFT8