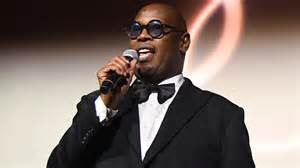 Earlier this month the music industry was hit hard after the loss of Andre Harrell who died at 59. Andre Harrell is credited to have launched careers for many black artists and shaping the hip-hop and R&B genres in the early ‘90s.

Andre Harrell was the founder of Uptown Records. He is responsible for curating hits for artists such as Mary J Blige, Teddy Riley, P. Diddy and even produced Notorious B.I.G’s first single. The sound he curated for Mary J Blige is what earned her the title of ‘Queen of Hip-hop Soul’ courtesy of her album ‘What’s The 411?’

P. Diddy is definitely one of the biggest artists that is a product of Andre Harrell’s mentorship. Diddy started out as an intern at Uptown Records and quickly rose up the racks. Andre finally let him okay and Diddy started his very successful Bad Boys Records. Diddy posted a heartfelt message for Andre who he refers to as his father. Many artists have gone to share their heartfelt messages all month.

The Andre Harrell will be dubbed ‘Mr. Champagne and Bubbles’ which was his nickname in the industry. Some artists who will feature during the tribute show include; BabyFace, Mariah Carey, Jamie Foxx, Naomi Campbell, Chris Rock and many more. The tribute will air on BET, BET Jams, BET Soul and REVOLT TV where he was the Vice Chairman. It will on Sunday the 24th of this month.