Wizkid To Team Up With Young L for ‘Eve Bounce’ Remix 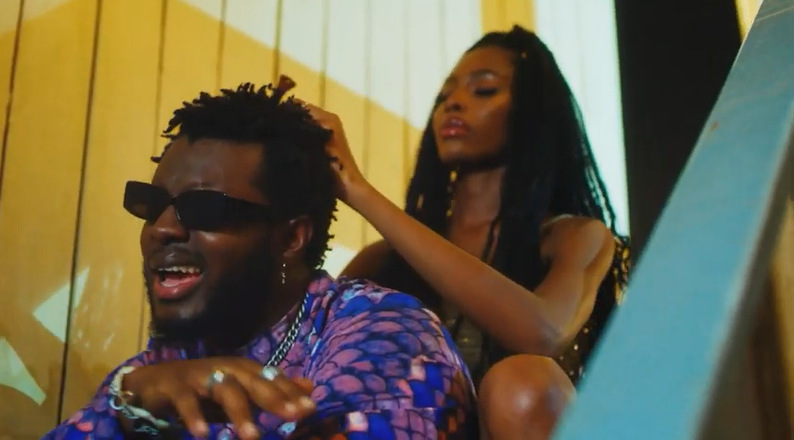 Starboy Entertainment boss Wizkid will be dropping a new song on Friday, May 22.

The new song will see Wizkid often referred to as Starboy team up with fellow Nigerian singer, songwriter and performer Christopher Omenye, better known as Yung L for the remix of the hit song titled ‘Eve Bounce’.

In a post on his Instagram page, Wizkid assured his fans that the remix will be a ‘big tune’. 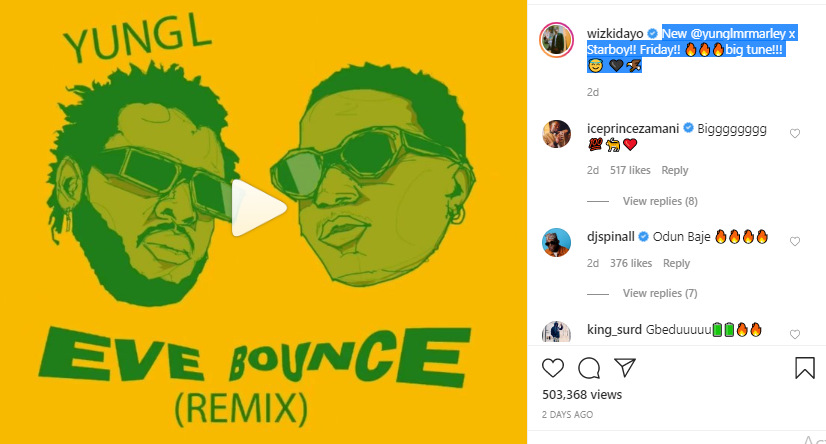 Yung L had dropped the video for the ‘Eve Bounce’ single in February this year. The video has however struggled to attract viewership as to date it only has about 4,000 views on YouTube. 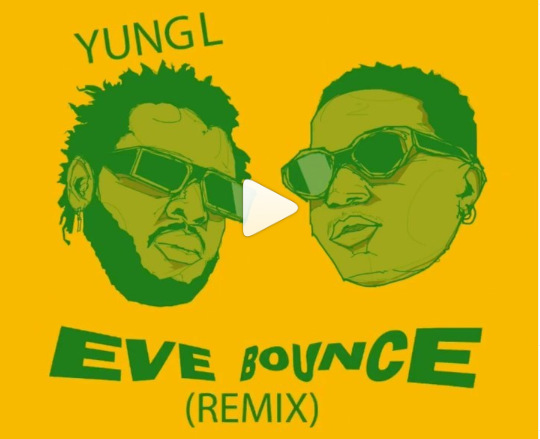 By teaming up with Wizkid, one of the popular acts not only in Nigeria but globally, it is almost guaranteed that the remix will be a huge success.

Yung L performed and released music as an independent artist before he signed a record deal with Chocolate City Music.

Some of his popular songs include Pass The Aux and SOS which was nominated for MTV’s Music Video of the Year Award.

In 2017, Yung L got international recognition after he was featured alongside Skales and producer Chopstix by Major Lazer on the remix of ‘Run Up’ which also features Nicki Minaj and PartyNextDoor.

While at Chocolate City Music, Yung L released singles and an album titled 'Better Late Than Never' which features Ghanaian artist Sarkodie and others.