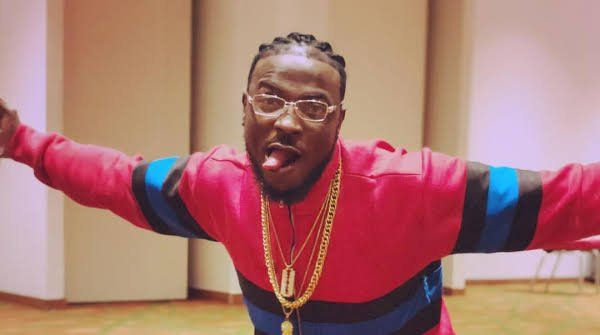 Produced by Rexxie, ‘Cinnati Love’ is a typical love song with the Rhythm and Blues (R&B) tune beautifully fused with a dance-pop tune which can also be described as afro dancehall tune.

In the new song that has a mix of English and Igbo, Peruzzi has showcased his singing talent and vocal prowess while showering praises to this fine girl from Cincinnati, a city in Ohio, on the Ohio River.

“Fine from Cincinnati, Girlie talk say she like to party, she danci koloma ah koloma ah titigatti,” read part of the lyrics in the song full of catchy vibes.

‘Cinnati Love’ follows a recent body of work titled ‘3 The EP’ that was largely a success.
Peruzzi has also released the new song at a time he has revealed that he is working on a new project dubbed ‘This Is Gaza’.

‘Gaza’ produced by DMW boss Davido, largely expected to be an album is scheduled for official release on September 4th this year.

It remains unclear whether the ‘Cinatti Love’ is a lead single for the upcoming project after Peruzzi posted a 2-minute video vibing to the new song, but interestingly, the video started with ‘This is Gaza’.

He captioned the video “FINE GIRL FROM CINCINNATI, IT’S YOU I WANT
MISSING SOMEONE? Me & @rexxiepondabeat Made One For You: @mrlayiii.”

So far only the audio has officially been released and it remains to be seen whether visuals will follow.

Listen to the new song: