All You Need to Know About E Kelly's 'No Secrets' EP 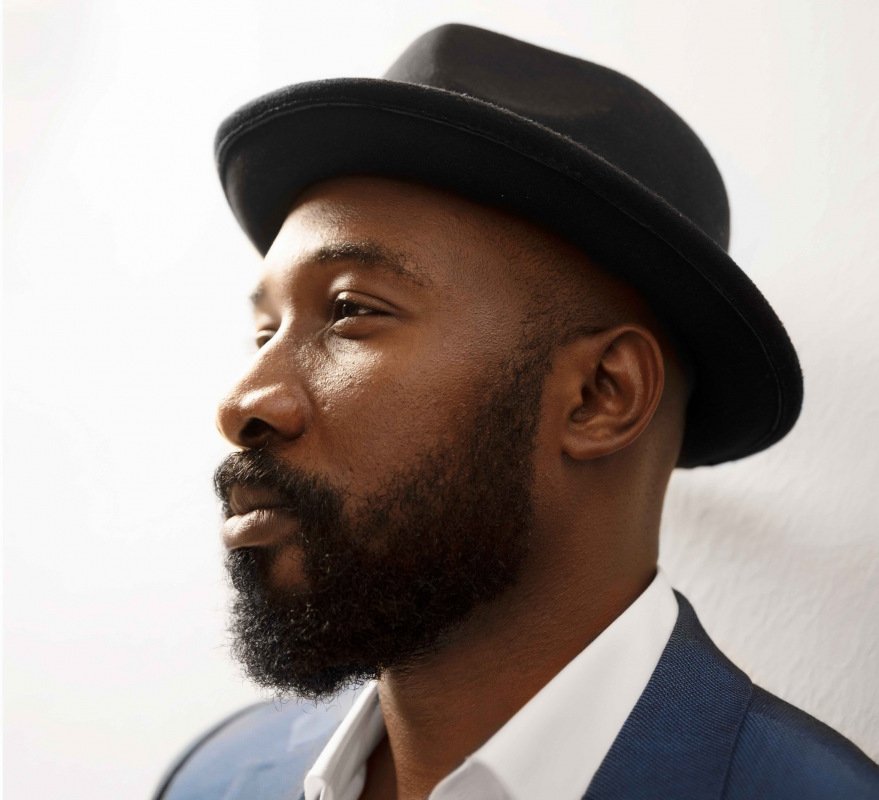 The EP contains 5 tracks and features some of the well known Nigerian artists like Mr Eazi, Joeboy, Boybreed and King Perry.

On his admission, E Kelly said he has been trying to drop an EP for a while now but it finally came to pass thanks to a push from his close friends like emPawa Foundation Chief Executive Officer (CEO) Mr Eazi. 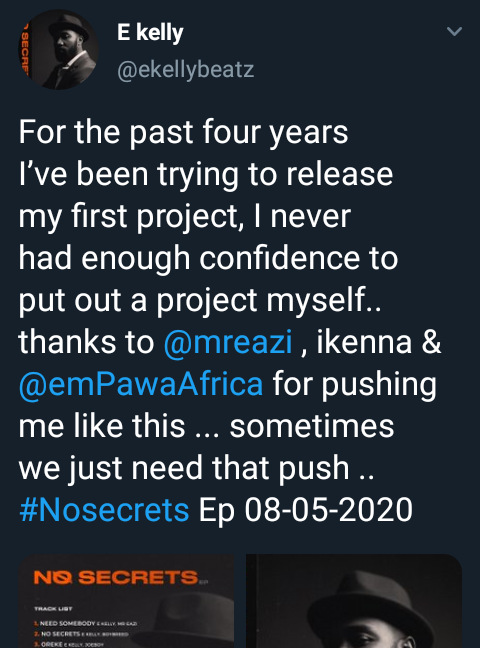 "For the past four years I’ve been trying to release my first project, I never had enough confidence to put out a project myself.. thanks to @mreazi , ikenna & @emPawaAfrica for pushing me like this ... sometimes we just need that push .. #Nosecrets Ep 08-05-2020," he tweeted a few days before official release of the project.

We take a look at some of the songs in the EP:

This was the first track off the EP to be released last week on Monday, May 4.

E Kelly enlisted Boybreed and Minz in the track.

In this track, E Kelly teams up with fast rising singer Joeboy who gives it a new dimension, thanks to his vocals.

Oreke basically means a beautiful lady and at some point in the song Joeboy says "no one should mess with her (Oreke). 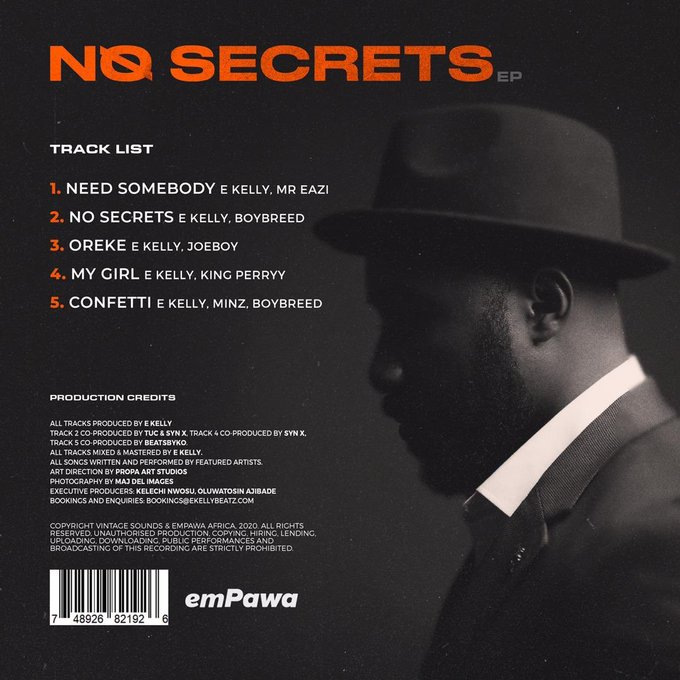 If you loved a 2017 release from Mr Eazi titled 'Pour Me Water' then you need to listen to this track 'Need Somebody'.

It is a lovely joint effort between E Kelly and Mr Eazi.

Listening to the EP, you will get E Kelly’s signature sound, an airy, mellowed-out spin on afropop blended nicely with the artists he has featured.

Follow Us on Google News
Born Emmanuel Kelechi Nwosu, E Kelly is known for working on songs for the likes of Afrobeats singer Wizkid and Mr Eazi.

He is also an Artists and Repertoire (A&R) to Banku Music and emPawa Africa.