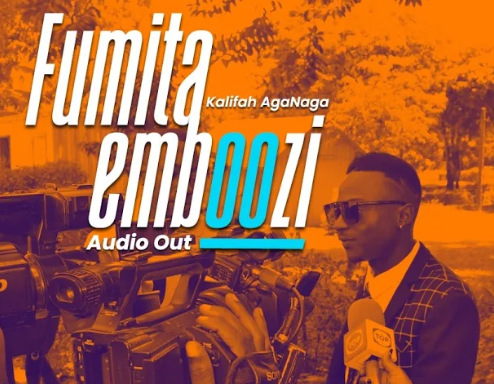 Ugandan artiste Mukibi Sadat popularly known as Kalifah Aganaga has dropped a new single dubbed 'Fumita Emboozi', after taking a break for quite some time.

In 'Fumita Emboozi', (a common slang in Luganda used during gossiping), Aganaga maintains his usual style where he hits out at other artistes.

Aganaga, however, said he does not mean any harm, adding that he recorded the song to analyze the current situation happening in the Ugandan entertainment industry.

"I love them all but I just mentioned them in the song to show creativity in the entertainment. I follow the current situations in the industry to give you my music," Kalifah Aganaga said while releasing the song.

Kalifah Aganaga composed, recorded and released the song on the same day at his studio.

The way he has aligned his lyrics makes the whole song interesting, and I bet you’ll keep playing it over and over again.

The new release is struggling for viewership online, with less than 200 views on YouTube two days after it premiered.