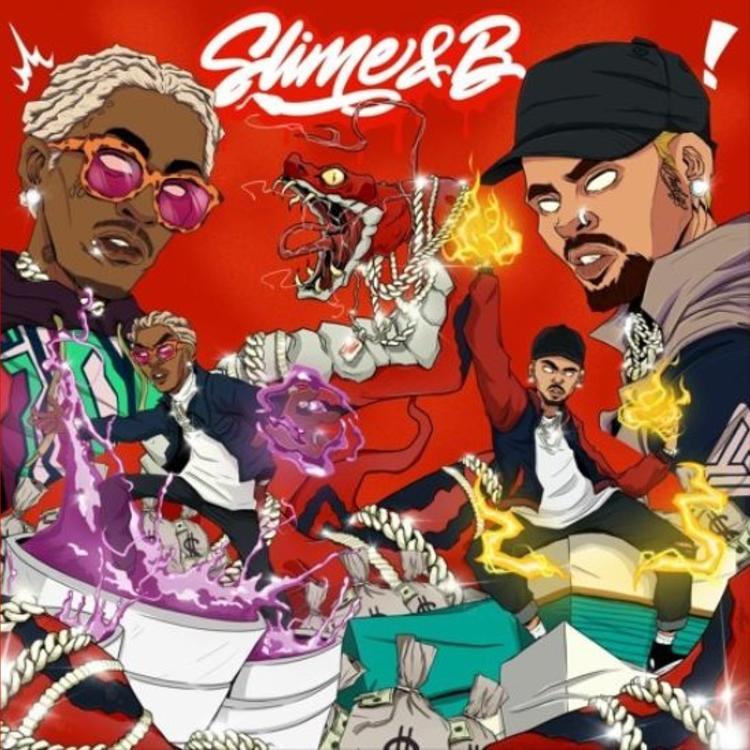 Back in April, Chris Brown announced that has a project with Young Thug that was about ready for release on his socials. This is of course a coming together of two genres for a full project; RnB and hip-hop. Chris Brown and Young Thug finally released the highly anticipated project and it is titled ‘Slime & B’

The project has all singles sang by both CB and Young Thug. They alternate on both their genres between songs. For the RnB single, we know CB is very experimental and much influenced by the older tunes that shaped RnB in the 2000s. For the hip-hop leaning singles, they sing over the trap sub-genre of hip-hop.

There is also the major use of auto-tune through the project because Young Thug attempts to sing through different singles.

The mixtape is a 13 track project. It includes some singles that they had both released together over the years including; ‘High-end’, ‘Dat Night’ and ‘Wrist’. The mixtape features artists such as Future, Major Nine, Too Short, Lil Duke and Gunna.

The mixtape was released on Chris Brown’s 31st birthday, probably a birthday gift to his fans. It is available on every platform you stream music from including YouTube. Catch a vibe with Chris Brown and You Thug on ‘Slime & B’.