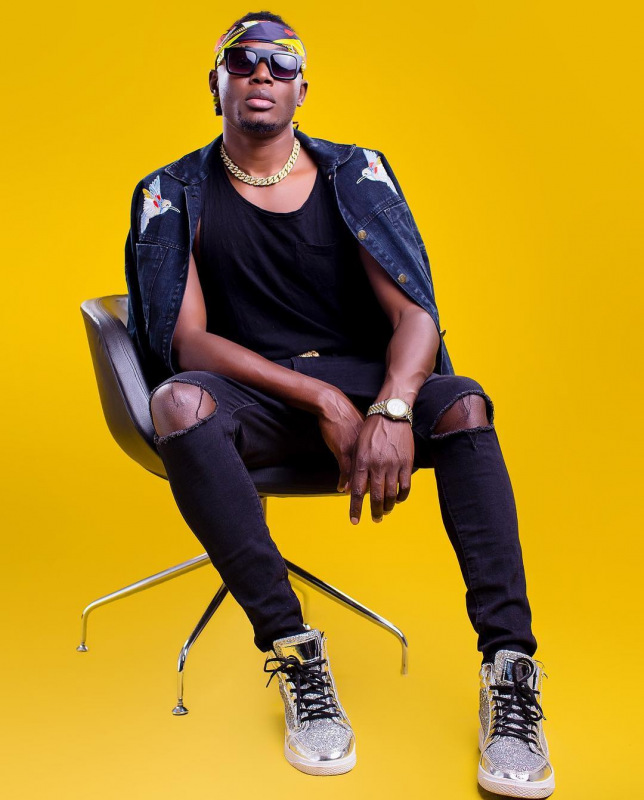 Arrow Bwoy was born Ali Yusuf on the 25th of May in 1993. He was born to a Ugandan mother and a Kenyan father.

Ali Yusuf was born in Huruma and grew up there. He however did move back to Uganda for a while to study there (this explains his mastery of the Luganda language in his music).

While at school, people gave Ali his nickname ‘Ali Cure’ which would have been his first first stage name but he changed to Arrow Bwoy because he likes the idea of an arrow piercing and it being hard to get out and even when it does it leaves a mark; he hoped his music will have the same effect.

Ali Yusuf grew up listening and being inspired by the likes of Chameleone, Redsan and E-sir. He without doubt knew that he always wanted to be a musician from a young age.

Arrow Bwoy started doing music in 2012; going by his age, roughly around the time he cleared high school. He started off in a group ‘Qbic Crew’. They did three songs together before Arrow Bwoy left the group in 2015.

As a solo artist from 2015, Arrow Bwoy recounts as the time he started garnering some attention from his fans. He released three singles and just before he recorded his single ‘Murder’, King Kaka approached him with a management deal to Kaka Empire.

Arrow Bwoy joined the Kaka Empire family in 2017. It was also during this year that he released his singles ‘Digi Digi’, ‘Murder’ and ‘Lover Man’.

In 2018, Arrow Bwoy blew up for his single ‘Digi Digi’ that was getting a lot of air play and much love from the clubs.

Arrow Bwoy has gone on to collaborate with artists in the Dancehall scene from all over the world such as Cecile, Mayorkun, Voltage, Demarco and more.

In 2019, Arrow Bwoy announced his exit from Kaka Empire.

As far as word on the streets goes, Arrow Bwoy is single.