Davido Drops Hint on Release Date For His Next Album 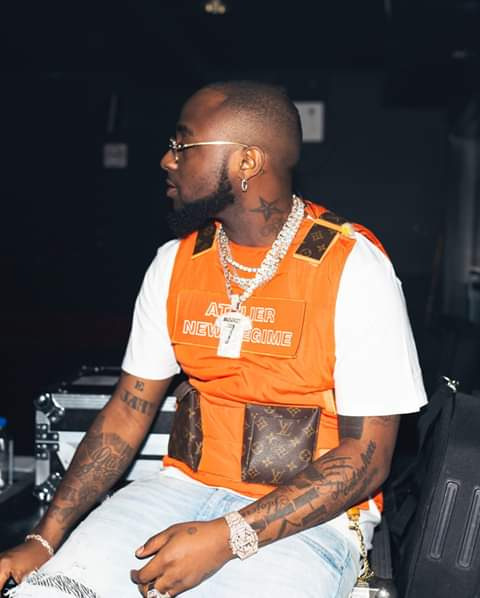 American-born Nigerian singer, songwriter, and record producer David Adedeji Adeleke, who is better known as Davido has hinted that he will be dropping a new album soon.

With songs in his last album 'A Good Time' still performing well and enjoying massive airplay, the multiple award-winning singer said a new project would be released in July.

In a tweet on Sunday, April 3, Davido seemed to suggest that the new album will be titled 'A Better Time'. 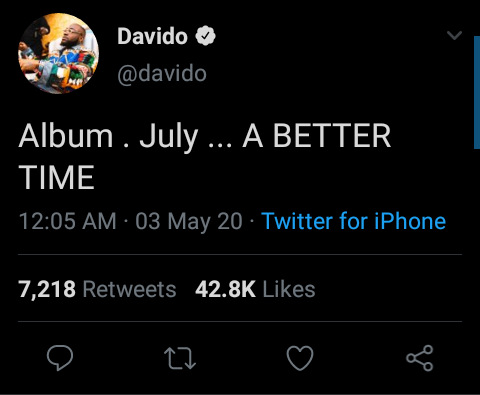 It is only recently that Davido released visuals to the 'D&G' single off the 'S Good Time' album.

The video already has over a million views on YouTube in less than a week of premier.

The song 'If' won Best Pop Single and Song of the Year at The Headies 2018.

'Fall' on the other hand became the most viewed video by a Nigerian artist on YouTube in December 2018 after the video surpassed 100 million views.

Davido who was born in Atlanta, US, and raised in Lagos, made his music debut as a member of the music group KB International.

He has so far released several albums and worked with many international and local artists.

Davido ranks highly among artists not only in Nigeria and Africa but also globally.