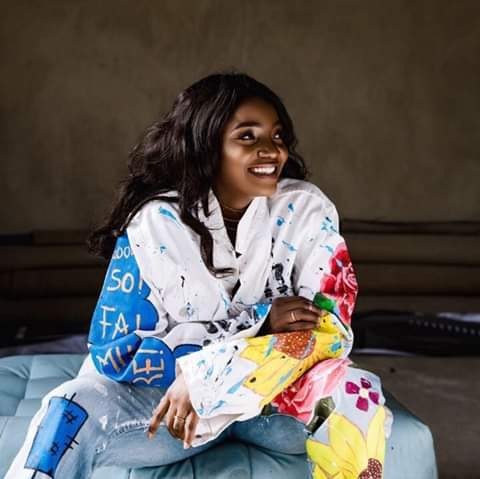 Released about a month ago, 'Duduke' has received a positive reception from fans who have seen the audio hit over a million streams on Audiomack, a music streaming and audio distribution platform.

Celebrating the milestone, Simi on Saturday posted on Facebook saying; "Like my friend said, we locomote  #SIMIARMY Thank you!! Keep streaming  #duduke." 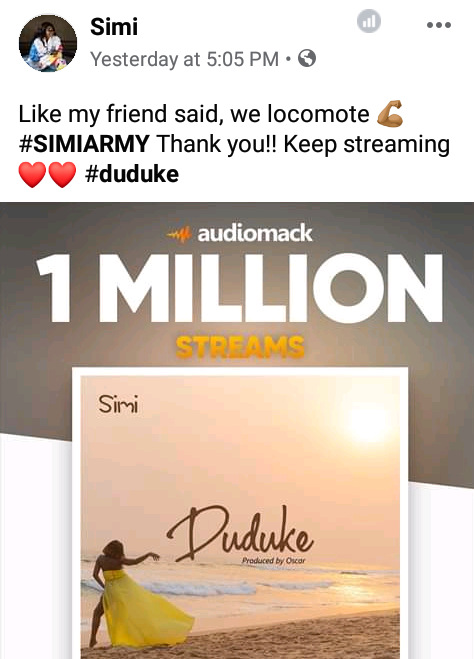 Official visuals to the 'Duduke' song has also been performing well.

In a post on her social media pages, the songstress seemed to urge her fans to push towards hitting 10 million views. 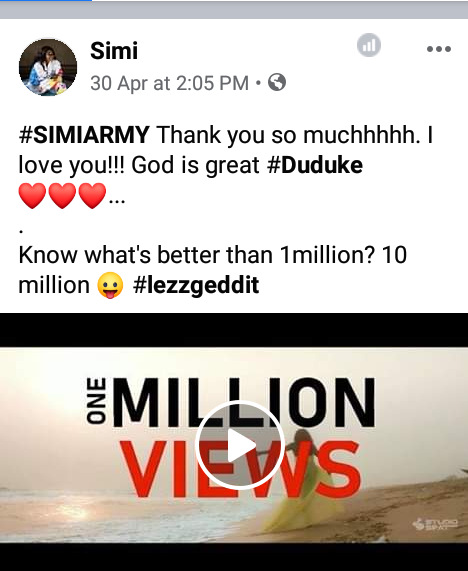 In the video, the singer married to fellow musician Adekunle Gold in 2019 revealed that she was expectant with their first child.

'Duduke' is a mid-paced song perfectly delivered by Simi's signature voice that will leave you wanting to listen to it over and over again.