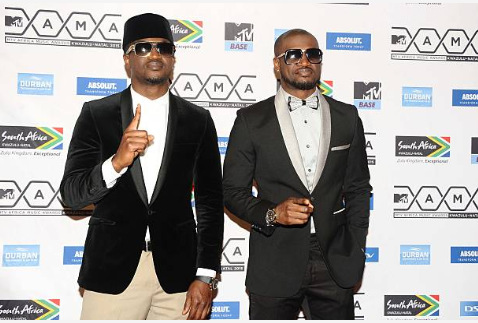 P-Square was a popular Nigerian music duo comprised of Peter Okoye and Paul Okoye who were identical twin brothers. Peter and Paul were born on 18, November 1981 in Jos, Nigeria.

The group, however, disbanded in 2016 over what was said to be a disagreement between the two about the role of their manager.

Peter and Paul Okoye started music while in St. Murumba Secondary school in Jos, Plateau State after they joined music and drama club. It is here where they nurtured their talent in music by singing and mimicking songs of music icons like Bobby Brown and the late Michael Jackson.

While in the music and drama club, the two twin brothers teamed up with M Clef, Michael and Mevin to form an acapella group named MMMPP where they started break dancing, borrowing from Michael Jackson dance style which led to the formation of ‘Smooth Criminals’ in 1997.

The group would later disband after members joined universities for further their studies with Peter and Paul joining the University of Abuja in 1999 where they studied Business Administration. It is here that the two formed P-Square. At first, they identified themselves with several names like P&P, Double P and Da Pees before setting on P-Square.

P-Square’s first accolade as a music duo came in 2001 after they won ‘Grab Da Mic’ competition which enabled them to get a sponsorship for their debut album dubbed ‘Last Nite’. The album earned them a nomination to Kora Awards as the Most Promising African Group. 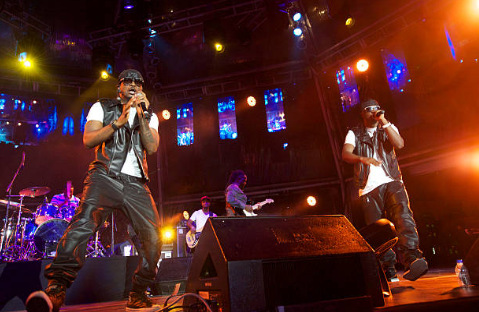 P-Square released their second album ‘Get Squared’ in 2005 followed by ‘Game Over” in 2007 which was the group’s best selling album. It sold 8 million copies globally. A fourth album for the music duo was released in 2009. The album titled ‘Danger’ featured collaborations with 2Baba, formerly known as 2 Face Idibia, Frenzy, and J Martins.

They also performed with artists like Sean Paul, Akon and Ginuwine.

They also had several singles which include; Personally, Do Me, Beautiful Onyinye, Shekiri, Alingo, No One Like You, Testimony, Roll It, Ifunanya, Busy Body, Temptation and Forever.

The duo has since gone solo with Peter Okoye now performing as Mr P while Paul Okoye performs as Rudeboy or King Rudy.

Peter Okoye
He married his longtime girlfriend Titilola Loretta Omotayo in November 2013 in a traditional wedding that was held in Lagos Nigeria where several public figures among them Aliko Dangote, footballer Emmanuel Adebayor, Dr. SID, Don Jazzy and Rukky Sanda attended.
By the time of their marriage, the two had a son named Cameron and daughter Aliona. 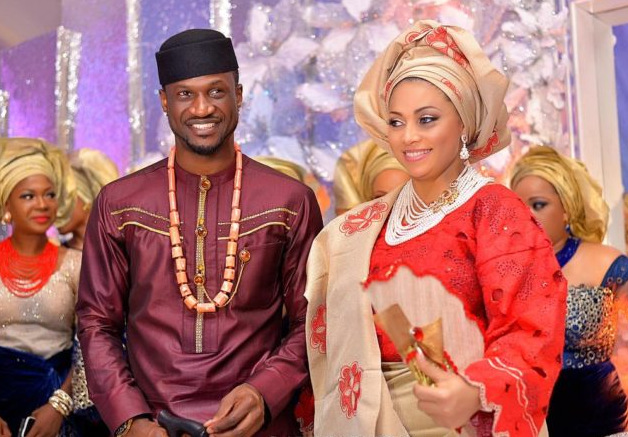 Paul Okoye
He married Anita Isama in March 2014 at the Aztech Arcum Events Centre in Port Harcourt.
Paul met Anita while studying at the University of Abuja. They have three children, a daughter, and two sons. 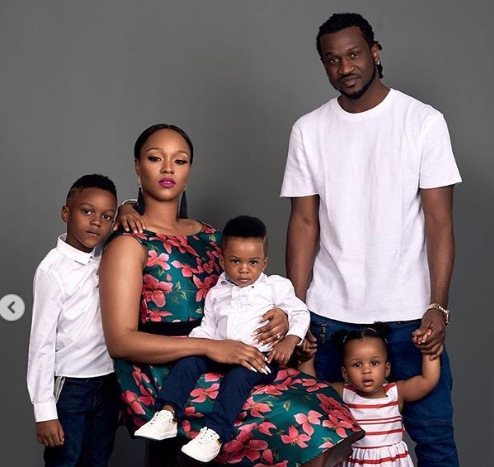 P-Square bagged at least 17 awards and over 18 nominations during various music awards in Nigeria, Africa, and Internationally.

They had three nominations to the MTV Europe Music Awards for Best African Act (2013), Artist of the Decade (2015), and Best Group (2015). In 2016, P-Square’s 'Get Squared' won Best R&B/Pop Album and Album of the Year, Best Music Video (Get Squared), Song of the Year (Bizzy Body) and Artiste of the Year during the Headies.