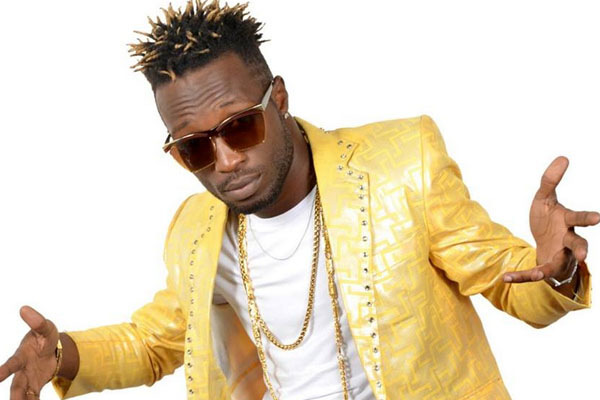 Ugandan artiste Mikie Wine; brother to renowned musician Bobi Wine, together with his family on Sunday survived an attack by armed robbers who broke into their home at night.

Narrating the ordeal in an interview, Mikie Wine noted that they first saw the vehicle parked outside their gate but they did not pay attention thinking it had dropped off someone.

He said he was awoken in the middle of the night by thugs who were carrying pangas, adding that the assailants ordered them to remain quiet and started demanding for money.

“They woke us up and told us to be very silent, they asked for our phones and all the money we had in the house. Fortunately, they threw the phones at the fence from where they made their exit and took off. We immediately contacted the police who came about 1hr later with sniffer dogs but they could not trace the scent.

“They said more investigation will be carried on. They took all my money that has been sustaining us in this lock down and no other valuables where taken. We thank God that no one was hurt but please keep us in your prayers in these trying times," Mikie Wine posted on his social media.

In an interview on TV, Mikie Wine said the goons took off with the money amounting to 8.2 million Ugx which he had saved to help out his friends.

"They asked me to choose between the money and my life. I tried to argue with them that there was no way I had money in this quarantine but they threatened to cut me. When we heard that, we just gave them the money," Mikie said.

His wife is thankful that they are still alive, adding that the incident affected their children.

"The only thing that was in my mind was my children. We sleep with the last born but I was wondering if the rest were okay. We just have to stand together as a family. We have no other choice. These things happen we just need to pray," his wife said.