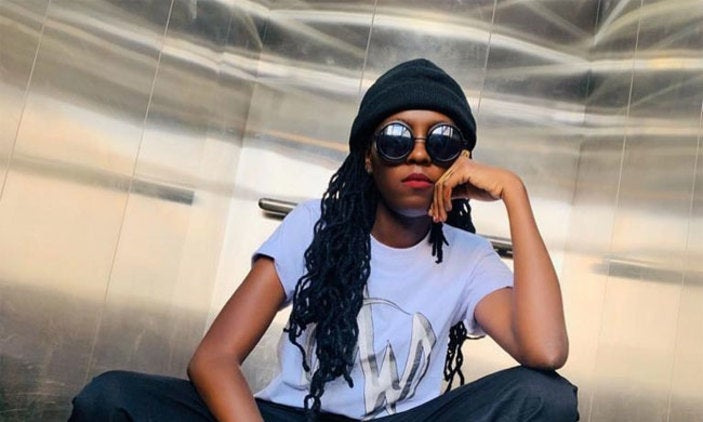 It has been six months since fast-rising Ugandan artiste Zawedde Priscilla commonly known as Azawi signed under Swangz Avenue.

In a TV interview, the humble and smiley super talented Azawi narrated her life journey before she signed for one of the biggest record labels in Uganda.

In a recent interview, she noted that things were not easy, adding that she was in the process of selling her music to the label when they expressed interest of signing her.

"I was hustling with Khusseim. I had taken my single 'Quinamino' for them to buy it but they asked for other demos and I delivered to them three songs. That day I had gone to ask for my money for the songs but I was shocked when they said I should sing my own songs,” she said.

She further noted that her career as a solo artist had not picked up yet, as she was known for writing music for top Ugandan musicians including Eddy Kenzo.

She noted that before joining the record label, she was a student at Makerere University, adding the she also sang with a local band.

"I was still in school but in January, I finished my course, Bachelors of Commerce majoring in accounting at Makerere. I was also singing in a band and writing songs. I used to sing with Ragga Dee, Kent and Flosso. Time to time, I helped out my mum with her restaurant, serving as a waitress," Azawi said.

She finally joined the label and dropped her hit single ‘Quinamino’ and her much anticipated five track E.P dubbed 'LO FIT’ that is already doing great.