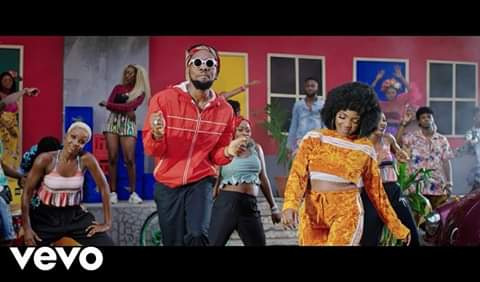 A 2019 hit song by Nigerian Singer Simi has surpassed a 10 million-views mark on YouTube.

The official video for the song dubbed 'Jericho' which features Nigerian reggae-dancehall singer and songwriter Patoranking premiered on June 21, 2019.

The album was released to coincide with her thirty-first birthday on April 19, 2019, and also features Maleek Berry, Falz, and her husband Adekunle Gold.

Simi dedicated the album to her father Charles Oladele Ogunleye, who died in 2014.

'Jericho' is arguably the most outstanding song in the album as since it was released, it has enjoyed massive Radio and Television airplay across not only Nigeria and Africa but globally.

It is no surprise that the 'Jericho' video has managed to get 10 million views within 10 months of its premiere. 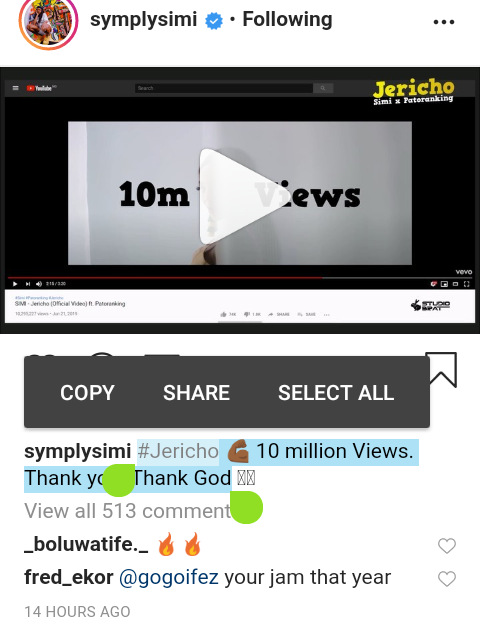 In a post on Instagram celebrating the achievement on Wednesday, Simi posted; "#Jericho 10 million Views. Thank you. Thank God."

This comes at a time another video to her 2020 debut song dubbed 'Duduke' is also performing well.

The video which premiered on April 19, 2020, has been trending at number one on YouTube for a couple of days now and has so far as secured over 560,000 views.