Peruzzi Drops Much Awaited ‘3 The EP’ 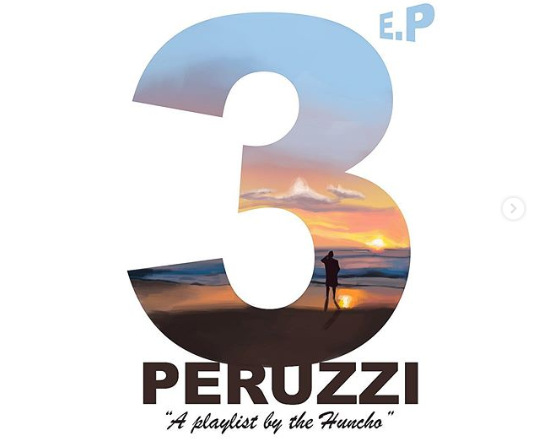 Huncho Vibes Master Peruzzi has unveiled his much-awaited project dubbed ‘3 The EP’.
As per its title, the Extended Play (EP) contains three songs.

Peruzzi who is singed Davido Music Worldwide (DMW) for the last few days has been popularizing the new project through posts on his social media pages.

The three songs, all afrobeat, in EP that follows Peruzzi’s recent release of visuals for his hit song ‘Gunshot’ are;
1. ‘D Side’ Produced by VStix
2. ‘Show Working’ Produced by Lusssh
3. ‘Reason’ featuring British singer Not3s produced by Speroach Beatz.

By press time, the three songs were only available through a link provided by Peruzzi on his social media pages.

Listen to the three songs here:

However, the songs are expected to be available in all music streaming platforms before the end of Wednesday, April 8, 2020, when they will be officially released.

The EP has been released barely a week after the singer dropped the official video to his 2020 debut hit single dubbed ‘Gunshot’.

Peruzzi born Tobechukwu Victor Okoh is considered among the talented songwriters in Nigeria.

He has written songs for various Nigerian artists among them Burna Boy and Davido.

In a recent Instagram Live session, Peruzzi named a few songs he had written for Davido among them Assurance, Risky featuring Jamaican-born Reggae and Dancehall singer Papcoon and Nwa Baby.