Burna Boy Teams Up With Slowdog, Zoro in 'Odogwu Remix'

For over three weeks now, the 2019 Grammy nominee Burna Boy has been ruling the airwaves with his debut single for 2020 dubbed 'Odogwu'.

The song, which already has visuals is still enjoying massive airplay, an indication that it is a big tune. 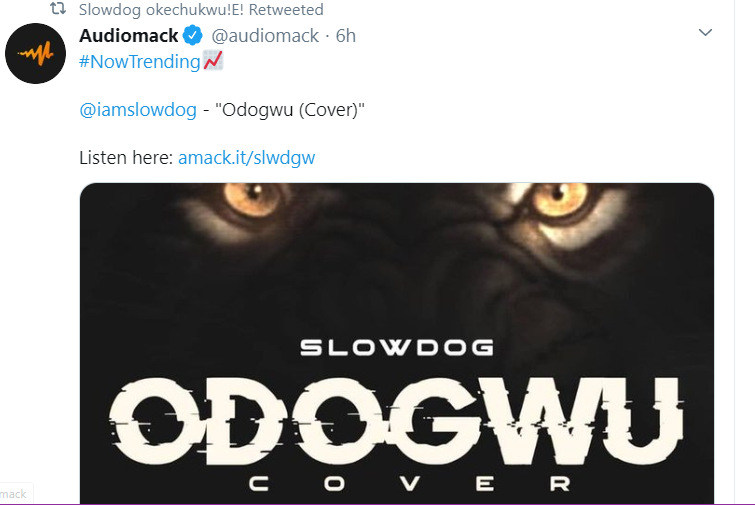 With the interest that it has created, Burna Boy has now teamed up with rapper Slowdog and Zoro to release 'Odogwu Remix'.

The remix has the original touch of 'Odogwu' with Slowdog and Zoro spicing it up.

If you liked the original song, you will definitely love the remix version also directed by Kel P.
Only the audio version for 'Odogwu Remix' has been uploaded on music streaming platforms.

It is not yet clear whether the trio will be dropping visuals for the remix.
'Odogwu' is an Igbo word that is translated to a Great Man in English.

Video to 'Odogwu' is performing very well on YouTube and has so far attracted over 2.4 million views.

Apart from the 'Odogwu Remix', Slowdog, an indigenous rapper has also done a cover to the 'Odogwu' song.

The cover version, audio, was uploaded on YouTube on Friday.

It has equally had a positive reception and as at Monday, it was a trending song on Audiomack.