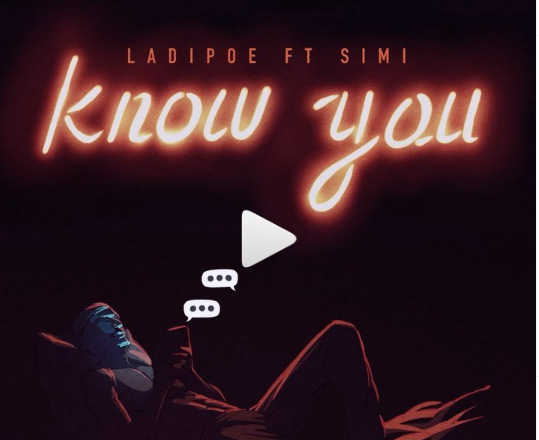 Nigerian Musician Ladipo Eso popularly known as Ladipoe or Poe is set to drop a new song this Friday, April 10.

It is days to the official release of the new song but we already have an idea of what it will sound like.

Ladipoe and Simi have both shared a short sound clip of the song on their social media pages.

‘Know You’ has some nice beats and the way the duo’s voices have blended in the sneak preview they have shared, gives a glimpse of how captivating it is.

Only 30 seconds of the new song has been shared and people are already loving.

Sharing the short clip on his Instagram account, Ladipoe posted: “KNOW YOU feat @symplysimi. FRIDAY, April 10th. This art looks even better in your IG Stories. Share now and tag me.”

Simi also posted about the upcoming release on her Instagram page saying; “KNOW YOU - @ladipoe ft Simi I can't wait for you to say you can't wait to hear this...it's that kinna song - April 10, 2020.”

Ladipoe is signed to Mavin Records and rose to prominence with the song 'Feel Alright' where he got featured by SDC 'Show Dem Camp'.

Simi, on the other hand, started her career as a gospel singer, releasing her debut studio album in 2008, titled Ogaju.

She gained prominence in 2014 after releasing ‘Tiff’, a song that was nominated for Best Alternative Song at The Headies 2015