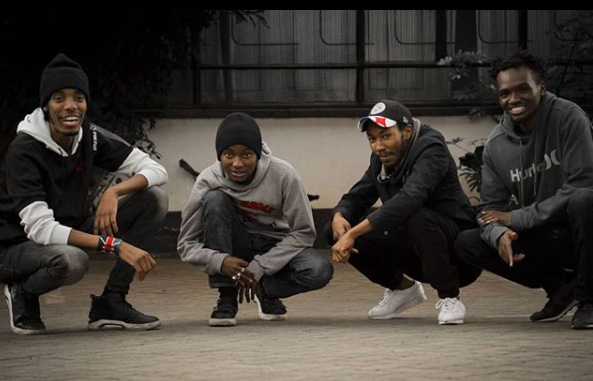 ‘Vanilla’ is all about a beautiful lady, who the group likens to the vanilla flavor which is known for its good taste.

‘Vanilla’ has nice beats, and will surely get you on your feet dancing, especially during this quarantine period where people are staying indoors.

The song uses deep sheng to code the explicit lyrics used. One concern that may raise the eyebrows of feminists and other gender activists is the comparison between two ladies; where is one perceived to be less attractive compared to the other one who is crowned ‘Vanilla’.

Unlike their other songs, Vanilla was posted through Rekless’ YouTube channel probably to market it, and create growth for individual members of the group.

A couple of days after it premiered, the lyric video is doing extremely well with over 44,000 views on YouTube.

‘Vanilla’ is Ethic’s second song in less than two weeks having dropped ‘Quarantei’ almost a week ago.

‘Quarantei’ was a corona sentisation song, where the group urged their fans to adhere to the safety guidelines issued by the government.

In the song, the group notes that you can have fun while staying at home, a term that is popularly referred to as ‘Quarantining’.

‘Quarantei’ is well crafted to speak to the youth, who make a huge percentage of Ethic’s fan base.