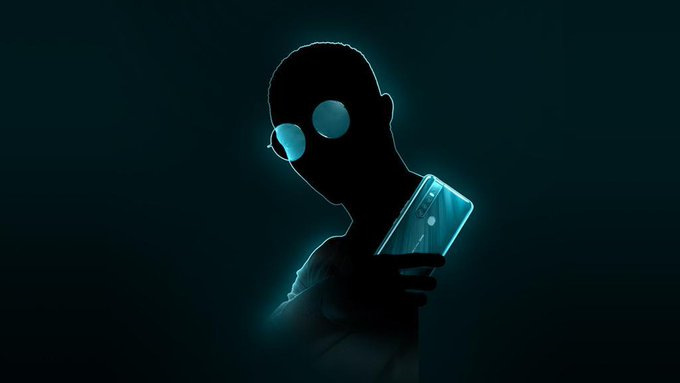 The mobile phone manufacturer unveiled Wizkid, born Ayodeji Balogun in an event that was streamed live on YouTube.

The unveiling of Wizkid coincided with Tecno’s launch of its new series Camon 15 and Camon 15 Pro. 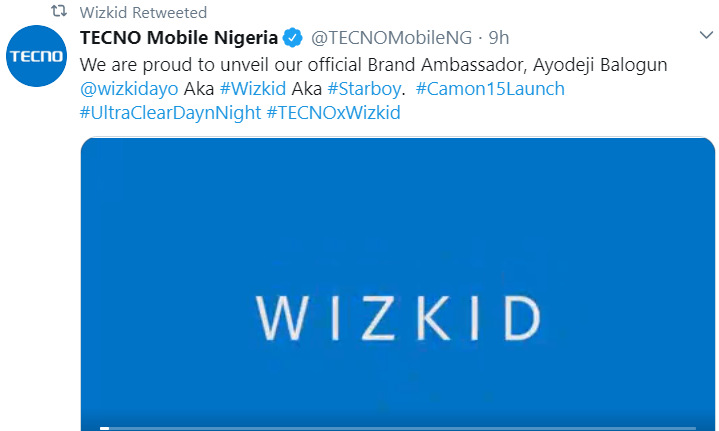 “We are proud to unveil our official Brand Ambassador, Ayedeji Balojun @wizkidayo Aka #Wizkid…” read part of a tweet by Tecno that was also retweeted by the singer.

It is believed that the deal between Wizkid and the mobile phone manufacturer which was made public about a week ago run into millions of naira.

Under the partnership, individuals who purchase the new Camon phone series will be given free polo t-shirts customized from Wizkid and Tecno.

“Pre-order Camon 15 now for a chance to get free #TECNOxWIZKID Limited edition T-shirt free, a chance to get 100% cashback when you purchase and lots of other amazing prizes,” read another tweet on Tecno’s official handle.

Wizkid, also referred to as Starboy, his record label, now becomes the first Nigerian musician to be associated with Tecno.

The high flying Wizkid has in the past signed mega deals with established brands like soft drinks manufacturer Pepsi and the United Bank of Africa (UBA) Group.

The musician who started recording music while aged 11 rose to prominence in 2011 thanks to ‘Holla at Your Body’ a lead single from his first album dubbed ‘Superstar’.

Wizkid has set several records in the entertainment industry in the West African country among them becoming the first Nigerian singer to have over 1 million followers on Twitter and the first Afrobeats artist to appear in the Guinness World Records, in 2018, for his contribution to ‘One Dance’ a song that he collaborated with rapper Drake.