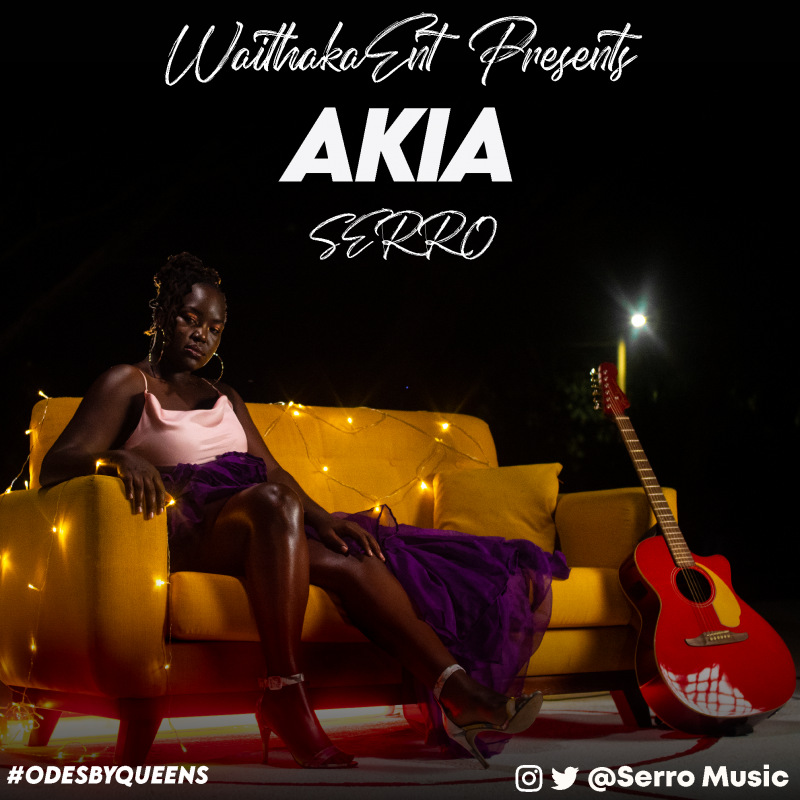 Alternating between Dholuo, English, and Swahili, Serro sings of walls that she’s built high out of wounds from past relationships. She expresses her desire to release all inhibitions and share love intimately with her suitor.

In the video directed by Callivan Creative’s, Ivan Odie, a waitress’ beauty has her workmate enchanted. She’s however too guarded to accept his romantic gestures as endearing and genuine as they are. Her fears are seen to stem from a past experience whose glimpses we see through intense flashback scenes.

Speaking on the collaboration, Waithaka says, “Serro’s songwriting and vocals captured my attention when she released ‘Rongai’. I have been a fan since and I’m excited to have her on my album. AKIA’s creation process was spontaneous and organic. “The song was written, composed and recorded in one studio session.” Serro chimes in, “AKIA is a story personal to me and many others. It gives the thoughts, fears, and perspective of an emotionally unavailable person. I’m excited that this is my first release for 2020. My fans should expect more singles and my debut album in the course of the year.”

SERRO has built a name for herself continuously as one of Kenya’s top live performers since her days in Sauti Academy. SERRO tells the African story through her trademark Benga and Jazz meshed Afro-soul sounds laced with traditional Kenyan folk instrumentation. She recently caught Kenyans’ attention when her single “Kasyoki Wa Mitumba” went viral. SERRO is set to release her debut album KUWE later this year.

Waithaka Entertainment is a US-Based record label founded by Kenyan producer Mugo Ng’ang’a. Named best producer at the Café Ngoma Awards 2019, the label is largely responsible for fastidiously fashioning the distinct sound of artistes such as Ayrosh and Kwame Rigii.

Waithaka is currently working on an EP dubbed WAITHAKA PRESENTS with the lead single “Girls” featuring Steph Kapela already released. This is in addition to an all-female album ODES BY QUEENS, slated for later release in 2020.