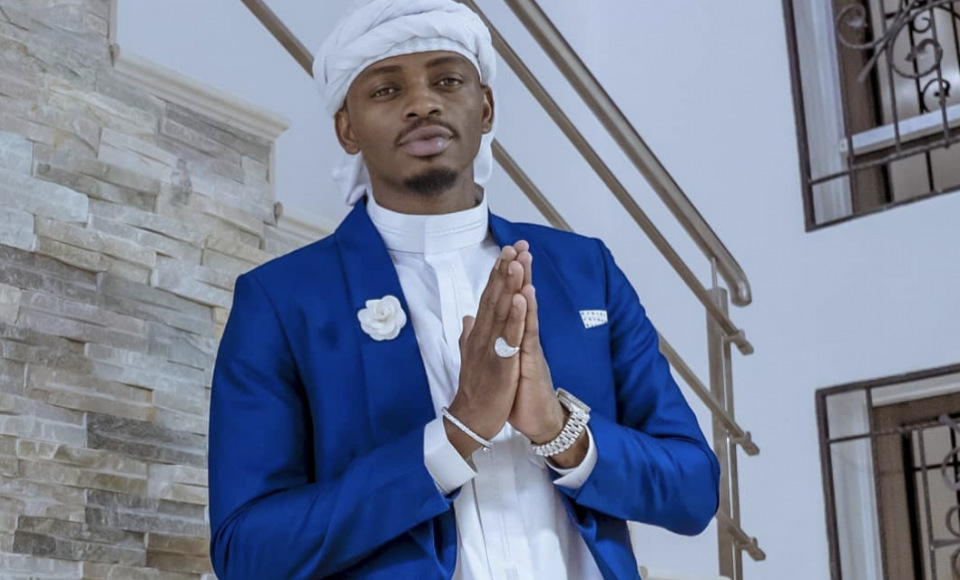 After two weeks under quarantine, Tanzanian music star Diamond Platinumz and his crew from Wasafi records have finally been released from quarantine.

In a post on his social media pages on Wednesday, Diamond announced that he and his crew had been released from quarantine by the relevant authority, after testing negative, and showing no symptoms of the deadly virus.

“I would like to thank Allah for completing 14 days of isolation without the corona virus infection. Alhamdulilah. My sincere gratitude goes to the government, through the ministry of health and all doctors who were taking care of us, making sure that they tested us for the whole 14 days…..”his message read in part.

He displayed the letters of release for him and his crew members including Emmanuel Yakobo, Graysson Bruno, Moses Peter Iyobo, Ahmed Bajuni, Salum Hassan and Haji Lukamba. 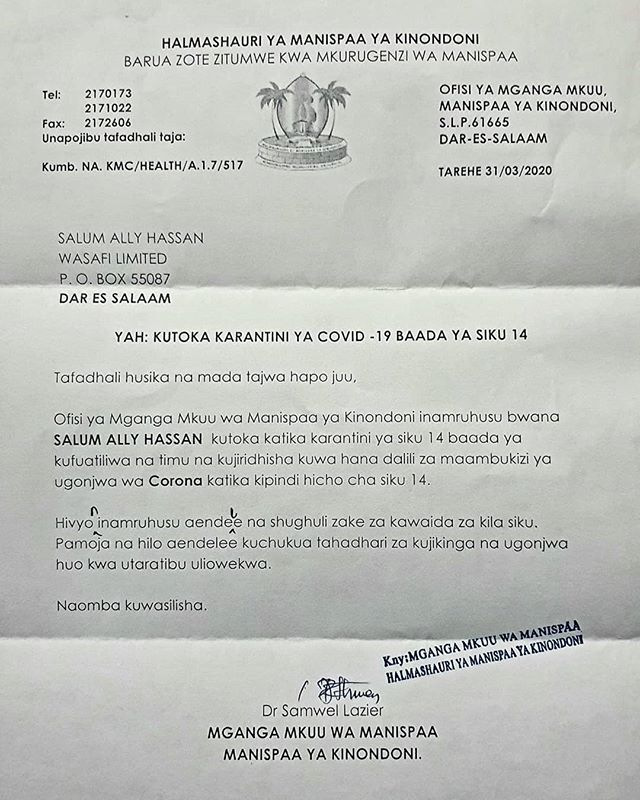 Diamond further thanked his fans for their continued support even when in isolation, and urged them to be cautious of the deadly pandemic that has been ravaging the whole world.

He urged his fans to follow the guidelines given by the government to be safe.

On the other hand, it was good news after his manager Sallam SK recovered fully from the virus.

As at now, only Wasafi producer Lizer Classic is in isolation after he tested positive of COVID -19 a few days ago.