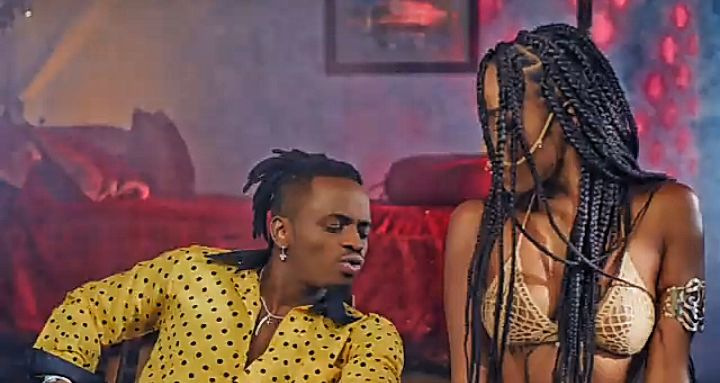 Weeks after the release of the viral song ‘Jeje’, Diamond Platinumz has got animated, and it is lovely.

Jeje’ is a classical love story, where Diamond pours his heart out to the love of his life. The song is a combination of pop and Bongo.

It is Diamond’s first single project this year, and his second studio project after ‘Gere’, which was released a few weeks ago featuring Tanasha Donna.

The animation was done by Nigerian animator Pokagh, who is famous for the animation series of Nigeria’s Joeboey's music.

The ‘Jeje’ animated video has been received well by fans,  with some asking Diamond to consider animating all his other videos.

In the video, we see Diamond chasing after a very pretty well endowed girl that he likes.

He goes towards her and she in turn opts to dance with him. At the same time, the girl is seen whining her waist to the beat of the song as Diamond admires her.

The video is interesting to watch, and we must appreciate Pokagh for his meticulous work of making the animated video version of ‘Jeje’ so beautiful and artistic.

This comes at a time where African animators are still struggling to get their animated work on the global market, and Pokagh clearly is not a letdown to Africa.