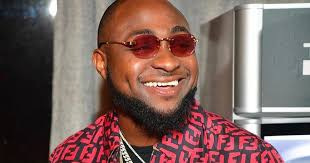 Social media is today a must-have for every artist, be it upcoming or a superstar.

It is now common to see a musician posting links to their new projects or informing their followers on what they are working on when a new song will be released etc.

For social media, the more followers you have, the more popular you are.

Here we have a look at the five most followed artists in Nigeria.

At the fifth position is Ayodeji Ibrahim Balogun, known professionally as Wizkid.

Wizkid who started recording music at the age of 11 recently joined the league of artists with over 10 million followers in Nigeria.

Currently, he has 10 million followers.

Akindele Olufunke Ayotunde commonly known as Funke Akindele is not a musician but a Nigerian actress and producer.

The super talented Nigeria Afropop singer and songwriter has 10.4 million followers that rank her as the third most followed artists in Nigerian on Instagram.

Yemi Alade whose latest song ‘Shekere’ is enjoying airplay across West Africa is best known for her hit single ‘Johnny’.

Tiwa savage relocated to London at the age of 11 for her secondary education.

She began her music career doing backup vocals for artists such as George Michael and Mary J. Blige at the age of 16.

This is by far the most popular artist in Nigeria.

The American-born Nigerian singer David Adedeji Adeleke, who is better known as Davido currently has 15.4 million followers on Instagram.

Davido was born in Atlanta, U.S., and raised in Lagos.