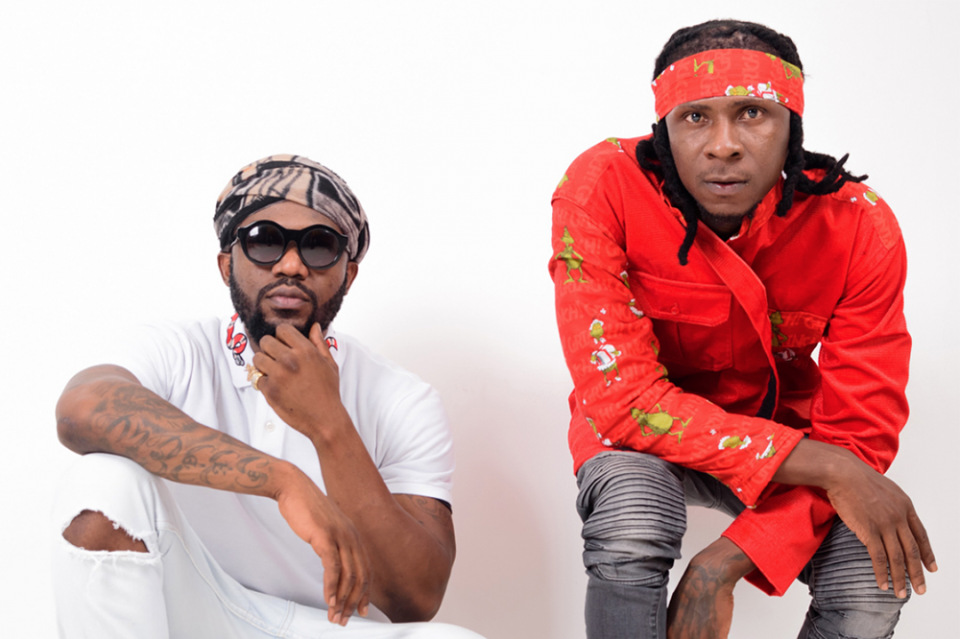 Early Life
R2Bees, known in full as ‘Refuse to be Broke’ is a Ghanaian music duo made up of Faisal Hakeem (Paedae da Pralem/Omar Sterling) and Rashid Mugeez (Mugeez). The duo is into hiplife and hip hop music.
The duo, who are actually cousins, were both born and raised in Tema, a suburb of the Greater Accra Region of Ghana. Growing up, they lived in the same house and also attended the same primary, junior and senior secondary school in Tema. The two started their music career by representing their school in rap competitions as well as inter-school music contests.

Music Career
Like other musicians, R2Bees came to the limelight when they started participating in the popular Adom Fm rap show, Kasahare. They won most of the shows and it got them other performing gigs. In August 2008, the duo released their first single titled ‘Yawa Gal’, which became an instant hit. Following this hit, they later released ‘I Dey Mad’ which also topped charts.
Later In 2009, R2Bees released a 17-track album Da Revolution which has already released songs; ‘Yawa Girl’, I Dey Mad’, ‘T.E.M.A’, ‘Kiss Your Hand’ with new songs; ‘Radio’, ‘One More Chance’ and ‘Africa’. The album was produced by KillBeatz (Joseph Addison). It featured guest appearances from Wande Coal, Sarkodie, Samini, Kwaw Kese and a host of others.
In 2013, R2Bees released another studio album titled 'Refuse To Be Broke – Da Revolution II’ which saw guest appearances from Wizkid, Sherifa Gunu, Davido, Tinchy Stryder and Voicemail.
R2Bees has also worked with musicians like Efya, Sarkodie and King Promise as a group and as individuals.

Relationship
Currently, the two are not married. It was rumoured some time ago that Paedae was dating Ghanaian lawyer and TV personality, Sandra Ankobiah. Mugeez has also been sparking dating rumors after he was seen in a very comfortable pose with Mzvee.
Music Albums
• Da Revolution I (2009)
• Da Revolution II: Refuse to be Broke (2012)
• Omar Sterling – Victory Through Harmony (2017)
• Site 15 (2019)

Awards and Recognitions
R2Bees have won several awards and been nominated in several others too including certain recognitions. In 2013, they were part of Forbes 100 Celebrities to watch.