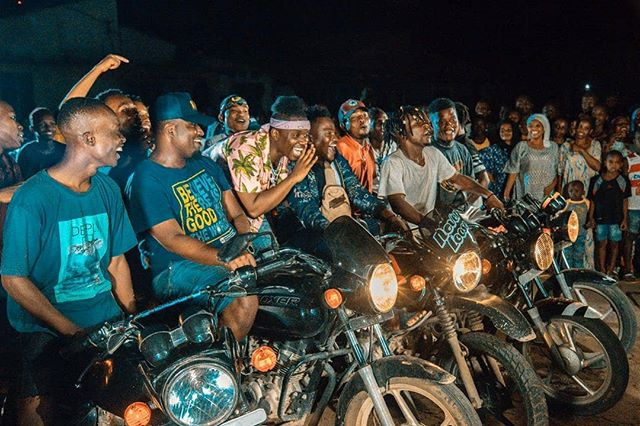 ‘Miss Buuza’ revolves around daily happenings in a community, with the main character being a gossip monger that is being put off for always trying to be in people’s business.

Rayvanny points out her appearance and how she has bleached her skin to the extent that it has left her spotty instead of being pretty.

He notes that Miss Buzza is a disgrace to the community for always trying to prove a point yet she is not worth it.

Rayvanny highlights how she tried to steal from him after a one-night stand, and how she is always present during the “vigodoro festivals”; A Swahili thing where Swahili women dance around wrong doer to shame them.

The visuals are so well done that it excites to dance to, especially with the beat tempo.

The dance moves are well choreographed, making the video addictive, watching it, you’ll keep playing over and over again.

Less than a day after it premiered, the video has already garnered over 200,000 views on YouTube, an indication that many people were eagerly waiting for it.