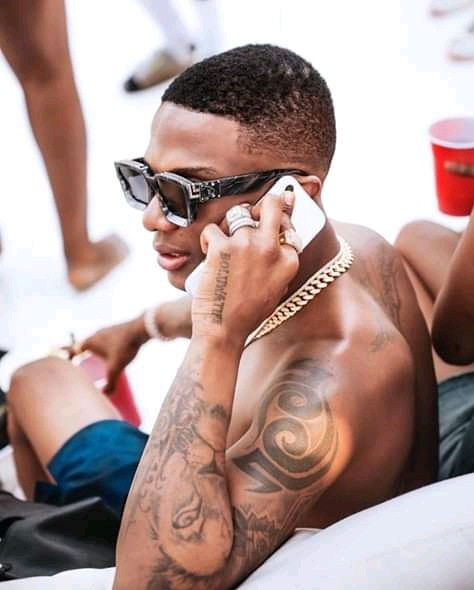 Nigerian superstar Wizkid has entered into history books as the first Nigerian artist to have two songs he is involved in, certified as Diamond in France.

This is after a single hit ‘Bella’ in which he was featured by
French singer MHD was on Monday certified Diamond after surpassing 50 million streams.

This was Wizkid’s second song to reach the milestone in France.

"Bella” has now been certified diamond in France, recognizing over 50 million streams! - This is Wizkid’s second diamond single in France. He’s the first Nigerian artist achieve this." read the post by Wizkid news. 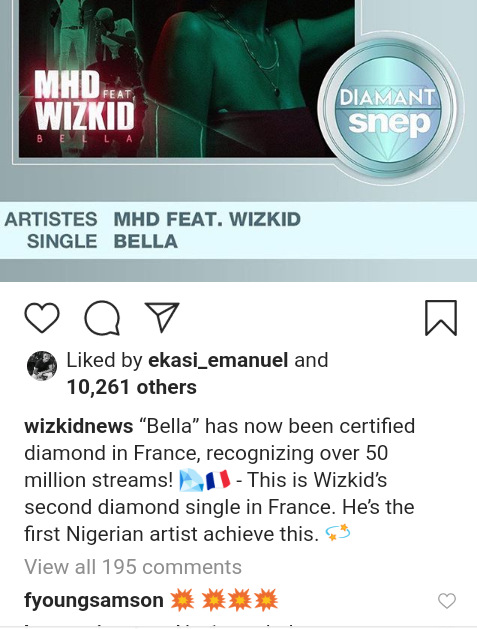 Published on July 19, 2019, ‘Bella’ produced by Junior Alaprod and
directed by KLVDR under the Artside record label currently has over
128 million views on YouTube.

The song achieved the Gold status in France in 2018, when it was
barely two months old, after surpassing the 15 million streams.

Already ‘One Dance’ hit in which Wizkid was featured by Canadian
Rapper Drake had been certified, Diamond.

The song that earned Wizkid international recognition in 2018 as the first Afrobeats artist to appear in Guinness World Records has over 58
million views on YouTube.

In France, a song is certified (diamond) once it surpasses 50 million streams.