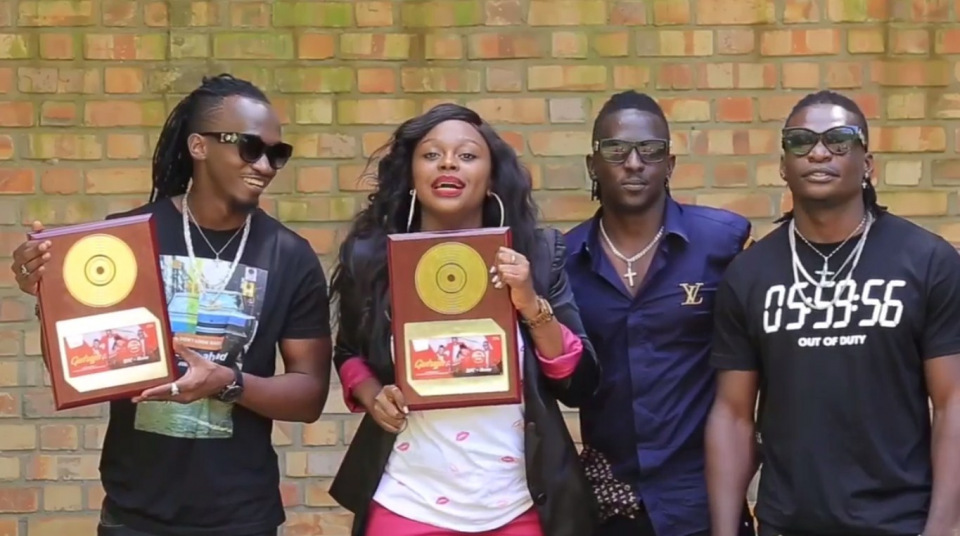 Ugandan radio station, Galaxy FM is still doing a good job in promoting local music. They have annual music awards dubbed Zzina Awards where they recognise most outstanding artists through out the year.

To add on this, they have the Record of the Year accolade where they recognise the most played song through out the whole year and the 2019 award goes to non other than artists, Rema Namakula and B2C Entertainment for their collabo, 'Gutujja'.

It may be months since its release but the artists are still reaping big from their project which most people consider as the biggest song and the Kansanga based radio station agrees with them.

According to Galaxy FM statistics, Gutujja collabo came the number one song on Galaxy FM countdown for four weeks and played for 21 weeks on the countdown in the year 2019.

The song was produced by Nessim in City boy records and video shot and directed by Aaronaire on set. The B2C boys had nothing but words of appreciation to everyone that was involved on the project.

This is the second time B2C are walking away with the accolade; the first time being in 2017 for their collabo, 'Gutamiiza' ft Radio & Weasel.