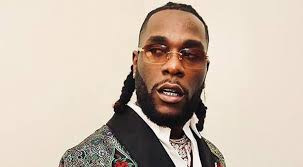 Burna Boy; whose real names are Damini Ebunoluwa Ogulu, "On the Low", was released on Nov 16, 2018, and has now surpassed the 100M mark on YouTube views.

Taking on his twitter account, he acknowledged fans and the progress thus far. 'On the low' has a catchy chorus and hook which you can't help but sing along to. It has been received well and has been played in raves and parties ever since it was released.

Back in 2019, Burna Boy released his recent album 'African Giant' which won mainstream attention as his song 'Ye' being arguably his breakthrough hit. Not only "On The Low" being among the songs in this album, others include 'Dangote' and 'Secret' and was hailed as a huge commercial success by the management.

Burna Boy has also announced that his tour will kick off in May across North America and Europe this summer.

May 22nd – Minneapolis, MN – The Fillmore