UGANDA: Jose Chameleone Disappointed in Ugandans Who Think the Attack on Pallaso was a Stunt. 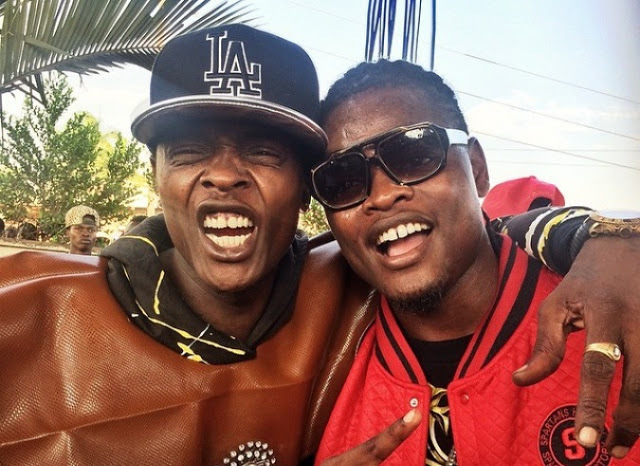 Yesterday, Ugandans were shocked on sight of a live Facebook video by singer Pallaso who was crying out on social media, asking to be rescued from the angry mob that had attacked and beaten him to pulp.

Although the Team Good Music boss claimed they were Xenophobic attacks, a lot of theories about the attack have arisen on social media. Bloggers based in South Africa have claimed that he was beaten because he was messing with someone else's wife while hanging out in a club.

Most of them have continued to make jokes about the situation, with some asking Pallaso to apologise for narrating an 'exaggerated story' and scaring Ugandans.

Pallaso, came out to deny the rumor claiming the person spreading it is a coward and only expressing their stupidity because he narrowly survived death and he cannot be lying about it.

Legendary singer, Jose Chameleone is also not pleased with the way Ugandans are handling his brother's attack especially on social media.

Speaking in an interview on national TV, Chameleone narrated the story of the attack insisting that his brother had gone to shoot a music video trashing the rumor that he was trying to encroach on a married woman.

Pallaso is still receiving medical attention in South Africa and insists that he will not cancel any of his scheduled shows in the foreign country. He will still perform before he returns to Uganda despite the attacks.