UGANDA: Singer Pallaso in Critical Condition after Being Stabbed and Beaten in South Africa. 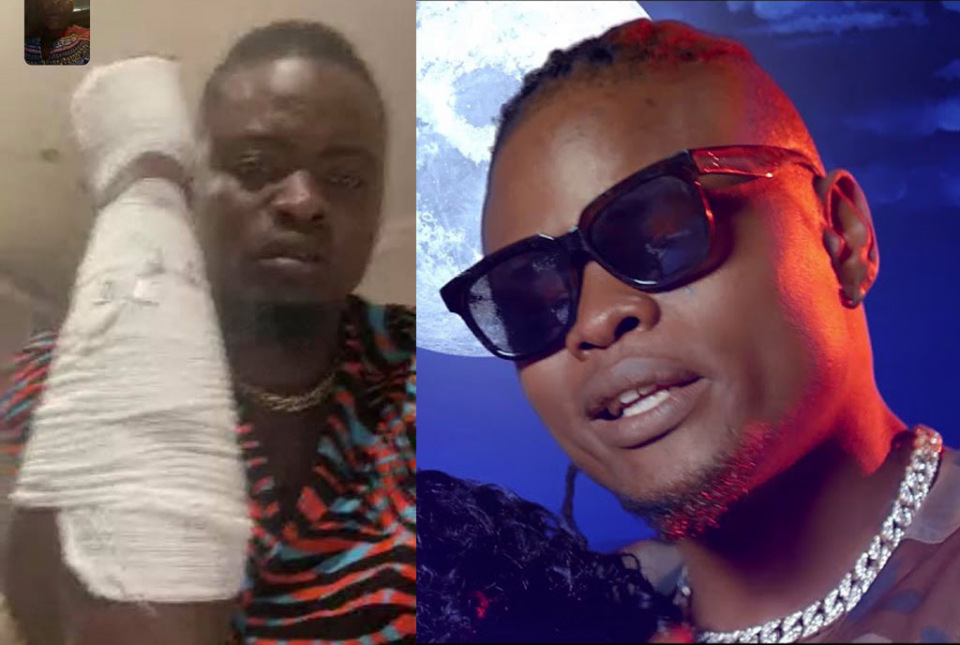 Sad news coming from South Africa indicate that out very own Pius Mayanja alias Pallaso is in critical condition following the Xenophobia attacks on him.

The Team Good Music boss, who had traveled to South Africa for business through his official Facebook page, shared a live video narrating how he had been beaten by a group of people who were protesting.

Pallaso says a group of over 100 people carrying machetes surrounded him together with the friend who was driving him. The friend drove away, leaving him amongst the mob who beat him to pulp. He managed to escape and hide in a nearby school garage.

"They beat me up real bad. I fell down, I was stabbed. As I tried to run I was hit by a car. I tried to ask for help from the owner of the car but he just drove off so I kept running with people chasing me with machetes. They pulled my hair and beat me up. Xenophobia is real. I am not sure I’ll leave this place alive because I’m still in hiding." Pallaso cried out.

Jose Chameleone confirmed the worrying situation of his young brother who had traveled for his video shoot, also condemning the act of xenophobia.

"Just talked to Pallaso he’s in Danger after Attacks as he was shooting a video in South Africa we must condemn such violent acts into our people. We are all Africans @McPallaso"- Chameleone said. 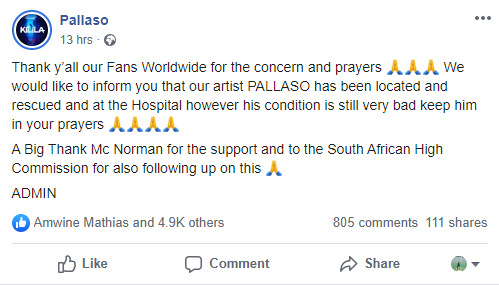 Minutes later, following his live video, Pallaso was rescued by Ugandans in South Africa and checked into the hospital. His brother, Weasel Manizzo confirmed his safety through social media.

"Thank You For Your Prayers Our Goodlyfe Ambassador Has Located him But Pray for Him he is still in a very bad State. #PrayForPALLASO"- Weasel said followed with crying emojis.

His management also confirmed the reports and asked fans to pt=ray for him, for he was still in critical condition.