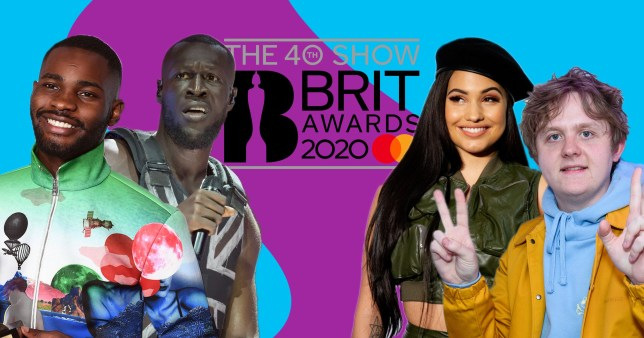 The 2020 BRIT Awards were just concluded and a lot happens during award shows from the performances, the winners, the snobs, the red carpet, the acceptance speeches and much more.

Burna Boy was the only African act who was nominated for any award. He was up for two awards; Song of the Year with Dave for Location and the Male International Act. He lost out on both awards to Lewis Capaldi and Tyler the Creator, respectively.

Lewis Capaldi was the most awarded artist of the night; the Song of the Year and the best New Artist. He missed out on bagging the Album of the Year.

Dave won the Album of the Year. It was during his acceptance speech that he made controversial comments about the British PM.

Stormzy won the Male Artist of the Year and courtesy of that, he closed the night and took the stage with him by performing a well arranged medley. He invited Burna Boy on stage to perform with him and had more than 100 performers too including a gospel choir and a saxophonist.

Watch much of the night’s happenings on the BRITs YouTube channel.