Tones and I announces debut EP 'The Kids Are Coming Out' 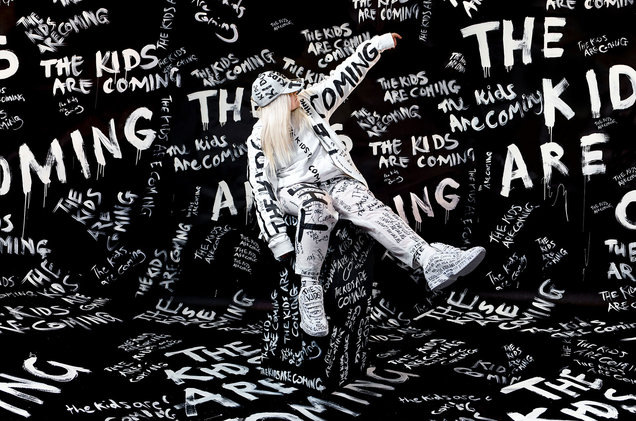 Australian artist Tones And I has shared a live performance of her single “Never Seen The Rain,” which was captured at her recent star-studded bushfire benefit concert in Melbourne.  The concert, presented by YouTube Music, was live streamed and raised over $87,000 in proceeds which were donated to multiple bushfire charities & fire brigades across Australia. Fans can watch the full concert on Tones And I’s YouTube channel and support the cause further by purchasing a bushfire benefit t-shirt, all proceeds from which will be donated.

“Never Seen The Rain” is the latest single from Tones And I’s debut EP, The Kids Are Coming, and follows her breakout global hit “Dance Monkey,” which has now surpassed 2 Billion streams globally, while ruling the charts in more than 30 countries around the world. The most Shazamed song of all time, “Dance Monkey” rises to #5 this week on Billboard’s Hot 100 chart, making “Dance Monkey” the first top five Hot 100 hit solely written by a woman in over eight years.  In Australia, “Dance Monkey” holds the all-time record for the most weeks spent at #1 on the ARIA singles chart, while in the UK “Dance Monkey” has made Tones And I the longest running #1 of all time by a female artist on the Official Singles Chart.

Get Mdundo android app
Tones and I profile & music