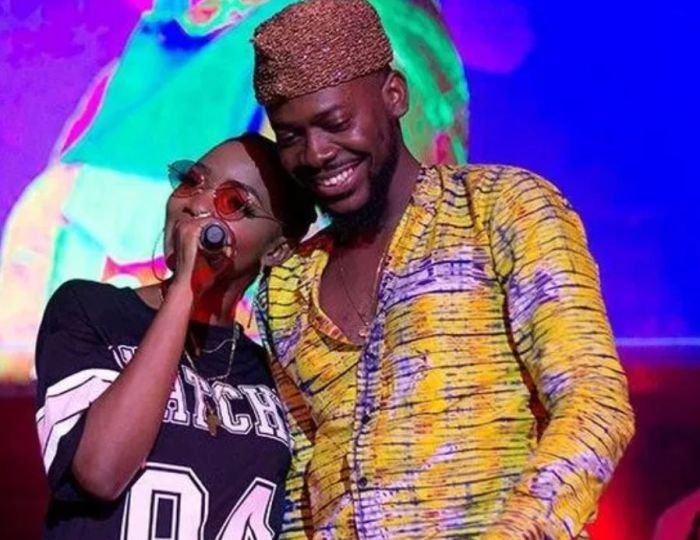 We just can’t get enough of Adekunle Gold and Simi’s Relationship. They are the real “pepper dem” couples.
Adekunle Gold was captured singing and spraying money on his wife, Simi at his sister’s wedding over the weekend.

The ‘Orente’ crooner was seen having a great time, he also thrilled the guests with a wonderful rendition of his latest single tiled ‘Jore’ which features Singer, Kizzdaniel.

He was also captured spraying money on his pregnant wife while dropping moves on the dance floor.